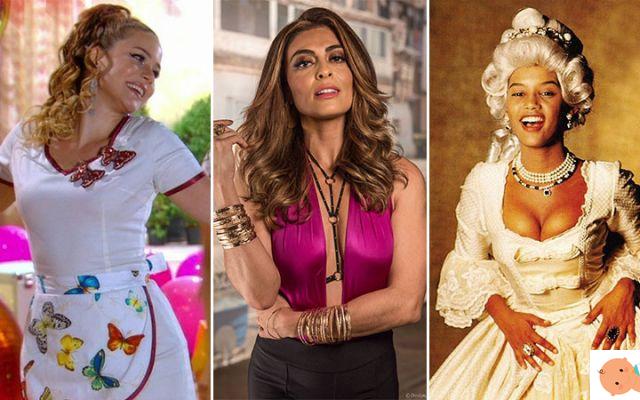 1) Angelica: 'Orlando furioso', Ariosto. Angelica is disputed between two of the most important champions of France, Orlando and Rinaldo, both in the service of Charlemagne.

2) Beatrice: 'Divine Comedy', Dante Alighieri. Beatrice is the woman loved and celebrated by Dante in 'The Divine Comedy'.

Meaning: Beatrice is an euphonic name (with a very sweet poetic sound), it connotes a sensitive personality, shy but firm and inclined to the fine arts in those who wear it. Besides, don't you have the word ART hidden among your own letters?


3) Bianca: 'The house of the spirits', Isabel Allende. Bianca is the daughter of Clara and Esteban, sent to boarding school to have an education suited to her social status. After a few years she Blanca returns to her house where she challenges the authority of her father for the sake of the rebel Pedro Terzo García from whom she had been inseparable since she was a child.

4) Carla: 'The girl Carla', Elio Pagliarani. The protagonist is Carla Dondi, who lives in a modest house on the outskirts of our city with her mother, sister and brother-in-law. Carla, you go to night school to become a secretary and soon find a job with a large commercial firm.

5) Carlotta: 'The pains of the young Werther', Johann Wolfgang von Goethe. Werther, a twenty-year-old boy with excellent culture, meets Charlotte, nicknamed Lotte, a girl with great beauty and wit, at a ball and falls in love with her. But Lotte is already promised to Albert, a young official.

6) Chiara: 'Viceroy', Federico De Roberto. Chiara, wife of the Marquis of Villardita, is the daughter of Princess Teresa Uzeda of Francalanza, cruel and despotic, who appoints her eldest son Giacomo and her favorite third son Raimondo as universal heirs, leaving only minor legacies to her other children.


7) Constance: 'Lady Chatterley's Lover', David Herbert Lawrence. Constance is the protagonist of the novel. Daughter of Sir Malcolm Reid and sister of Hilda Reid, Constance (better known as "Connie" in the book) is an intellectual, socially progressive and very passionate woman of the Scottish middle class.

8) Cosette: 'I miserabili', Victor Hugo. Cosette is the illegitimate daughter of Fantine and Félix Tholomyès, her real name is Euphrasie.

12) Ester: 'Reeds in the wind', Grazia Deledda. Ester is the sister of Ruth and Noemi: all three witness resigned to the decline of their youth, they have remained owners of a single, small farm barely sufficient for their livelihood in Sardinia.

13) Hyacinth: 'Hyacinth', Luigi Capuana. Hyacinth is the protagonist of the novel who, after a difficult adolescence, challenges the hypocrisy of the society in which she lives, triumphing over it temporarily.

14) Karen: 'My Africa', Karen Blixen. The novel traces the years when Blixen lived on a farm in Kenya with her husband, Baron Bror von Blixen-Finecke.

15) Laide: 'One love', Dino Buzzati. In our city, in 1960, the 49-year-old architect Dorigo met a minor dancer from La Scala called Laide, diminutive of Adelaide, and fell in love with her.

16) Lara: 'Doctor Zhivago', Boris Pasternak. Jurij Andrèevič Živago is a young doctor who, on his way to Moscow, meets Lara, the daughter of a milliner, an ambitious woman, supported by Victor Komarovskij, an unscrupulous man.

17) Laura: 'Canzoniere', Francesco Petrarca. Laura is the woman loved by Petrarca and celebrated by him in the Canzoniere. She was probably a noblewoman Del Paesena, wife of the Marquis Ugo di Sade, from Avignon.

Meaning: a name with a very sweet (euphonic) sound like Laura can only be: “The aura in toto. In you "(that you carry it).

20) Mara: 'Bube's girl', Carlo Cassola. Mara Castellucci is the protagonist of her, a sixteen-year-old girl who lives in Monteguidi with her father, a militant communist, her mother and a brother, Vinicio.

21) Maria: 'Story of a blackcap', Giovanni Verga. The protagonist of the novel is Maria, nineteen, who was orphaned of her mother as a child and locked up at the age of seven in a convent in Catania, destined to become a cloistered nun for reasons of economic poverty.

22) Rossella: 'Gone with the Wind', Margaret Mitchell. Rossella, the central character of the novel, is an atypical figure, especially for romantic fiction. Her life is comfortable and she can afford frivolous behavior given the large assets of her parents.

Meaning: the Latin name Silvia takes up silva, "wood", with the meaning of "inhabitants of the wood".

24) Violante: 'The rampant baron', Italo Calvino. Violante is the name of the ten-year-old girl with whom Cosimo, the protagonist, falls in love.

TAG:
Female names: the most loved by our parents ❯