Feto-neonatal haemolytic disease: what it is and how to prevent it 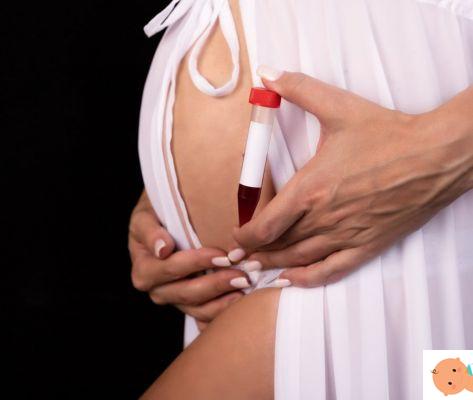 Feto-neonatal haemolytic disease (MEFN) continues to have an incidence of 4 in 10.000 births and is the most frequent cause of fetal anemia. In recent decades in the most economically developed countries there has been a reduction in the incidence and mortality of this disease thanks to the spread of immunoprophylaxis.

What is fetal-neonatal hemolytic disease

We asked Tullia Todros, professor of gynecology and obstetrician at the University of Turin. "Feto-neonatal haemolytic disease occurs when antibodies are present in the woman's body that cross the placenta and destroy the red blood cells of the fetus. The most common cause is the 'incompatibility of the Rh factor between mother and child ".

The MEFN can also show up with very serious clinical pictures characterized by haemolytic anemia, hydrops, jaundice and kernicterus, up to intrauterine death of the fetus or newborn soon after birth. Thanks to immunoprophylaxis, the disease is now preventable and mortality has been reduced.

Incompatibility of the Rh factor

If the mother is Rh negative and the fetus she is carrying is Rh positive, Rh incompatibility is present, one of the major causes of fetal-neonatal haemolytic disease. In this case, the mother's immune system, as we have seen, begins to produce antibodies against the baby's red blood cells. This process is called sensitization o immunization Rh. Most cases of Rh sensitization occur during childbirth, which is why the risk of fetal-neonatal haemolytic disease is higher in second pregnancy and in subsequent ones.

In fact, Professor Todros explains to us that "since the fetus is born, generally nothing happens during the first pregnancy. to the mother, who will begin to develop antibodies ". At this point, if immunoprophylaxis is not performed, the mother is sensitized (or immunized).

Awareness, however, can also take place before childbirth following a invasive examinations such as cordocentesis, amniocentesis and CVS, or following a wrong blood transfusion.

What happens after the second pregnancy

During the second pregnancy, if the mother is sensitized, her immune system produces details antibodies. "These antibodies - explains Todros - cross the placenta and destroy the red blood cells of the fetus, causing aanemia."

Hemolytic disease can also occur with AB0 blood group incompatibility. Neonatal haemolytic disease AB0 occurs almost exclusively in infants with blood type A or B, born to a mother 0. In this case, the disease usually presents less severe manifestations and occurs after birth.

Feto-neonatal hemolytic disease is preventable by performing l'immunoprofilassi. According to the most recent Del Paesene recommendations, immunoprophylaxis should be performed on all Rh negative women not immunized after delivery of an Rh positive infant, but also to all Rh negative women not immunized around the 28th week of pregnancy and in the case of risky events immunization such as amniocentesis, CVS, spontaneous abortions, voluntary termination of pregnancy. Generally, this therapy prevents hemolytic disease in the newborn.

If the mother is Rh negative it is necessary to check through blood tests the presence of irregular antibodies during the course of pregnancy. If these antibodies are detected, they will be identified and, depending on their relevance, will be monitored according to certain protocols.

In neonate the diagnosis, on the other hand, is made with:

Clinical variability of the disease

Some complications can occur during pregnancy including:

Today it is possible to evaluate it state of anemia of the fetus via a new type of ultrasound investigation. "It is based on the determination of the peak flow velocity in the middle cerebral artery of the fetus. There is in fact a very close inverse correlation between the flow velocity and the degree of anemia. The fewer blood cells, the more the flow velocity increases." . In this way it is possible to know the severity of the disease and initiate adequate treatment.

Hemolytic disease of the newborn can be treated during pregnancy or after the baby is born.

The treatment during pregnancy may include:

The treatment after birth can include:

If the infant is delivered preterm, resuscitation and ventilatory support may be required.

Symptoms in the newborn

The most common symptoms in the neonate I'm:

The follow-up of the newborn

Infants with haemolytic disease should be checked periodically after discharge from the hospital. The follow-up allows you to identify any neurological outcomes caused by anemia or hyperbilirubinemia.

TAG:
Autoimmune diseases and pregnancy: what is important to know if you want to become a mother ❯

Amniocentesis and CVS, what they are and when to choose to perform them

How to prepare to do the blood glucose curve in pregnancy

add a comment of Feto-neonatal haemolytic disease: what it is and how to prevent it