Fish in pregnancy? The development of the fetal brain has an edge 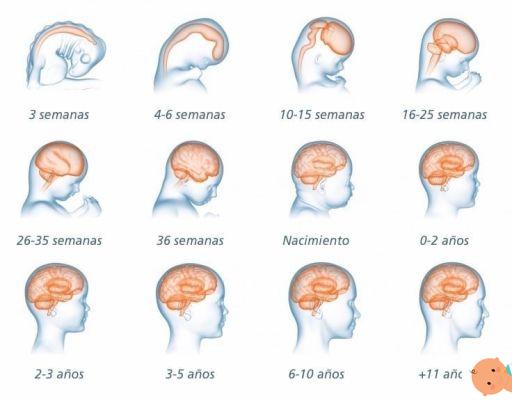 Three or four portions of fish a week, about 600 grams in all, including tuna and swordfish: according to the results of a Spanish study, these are the optimal quantities of fish to eat during pregnancy

, because they are associated with a better cognitive development of the child. Quantities that may seem large, but which can be consumed safely, without fearing negative effects due to the presence of pollutants such as mercury.


We have heard it repeated for some time that eating fish when pregnant is good for the baby and in fact more and more research confirms the importance of this food for the neurological development of the fetus. However, some doubts always remain, because in addition to the substances considered beneficial - the famous fatty acid DHA in the first place, but also vitamin D and iodine - the fish tends to accumulate pollutants such as mercury, of which the neurotoxic effect is known. And then we ask ourselves constantly how much fish to eat and what kind.

The Food and Drug Administration, the American body that deals with food safety, suggests a maximum of two / three servings per week (from 220 to 340 grams), inviting you to give up large fish, such as sharks or swordfish, more likely to accumulate mercury. The European food safety agency, EFSA, has a wider sleeve, and gives the green light to the consumption of one / four servings per week, up to about 600 grams.

The conclusions of the new Spanish study are exactly in line with the EFSA indications and invite you not to be overly cautious and to indulge in peace of mind. even six ounces of fish a week. Not only that: the reassuring message also concerns the varieties of fish allowed, which include large fatty fish, such as tuna and swordfish, so far definitely not recommended. Indeed, the consumption of this fish, and in particular in the first three months of pregnancy, would be associated with the greatest benefit for children.

Nutrition in pregnancy: 20 answers from NUTRITIONISTS to the most common doubts of expectant mothers

From nausea to nervous hunger, from allergies to gestational diabetes, from stomach acid to the amount of water to drink every day: here are 20 answers from nutritionists ...

The researchers, coordinated by the epidemiologist Jordi Julvez, of the Center for Research in Environmental Epidemiology in Barcelona, ​​have followed over time almost 2000 mother-child couples: from the beginning of pregnancy until the baby's fifth birthday. The mother's diet in the first and last trimester of pregnancy, the concentration of mercury and DHA in the umbilical cord blood, the cognitive development of the baby at 14 months and at five years were examined. Overall, the sample studied showed a high consumption of fish, about 500 grams per week on average.

Eating fish appears to protect against some traits of autism

From the analysis of the data it emerged that Fr.For consumption of more than 340 grams per week, the scores of the cognitive tests also progressively increase, and fewer those that measure the presence of any traits of the autism spectrum. The effect - which is greater for large fish and for consumption in the first quarter - remains valid up to 600 grams of fish per week, and then subsides.

As was expected, mercury levels were also found to be higher in the umbilical cord blood of babies whose mothers ate more "at risk" fish, but the really important finding is that this mercury did not adversely affect the blood supply. development of the little ones. The hypothesis of the researchers is that, at least up to certain quantities, the beneficial substances present in the fish are capable of compensate for the negative effects of toxic substances.

In short, 3/4 portions of fish a week are the optimal situationThere is enough to promote baby development, but not too much to put him at risk with the mercury content. But be careful, as always these results must be taken with a grain of salt: they do not mean that eating fish in the first trimester will give birth to a genius baby. The researchers are quick to point out that the increase in the score on cognitive tests is modest and makes more sense from a population perspective than an individual. Two points higher in IQ doesn't mean much to a single person, but globally it can mean that the risk of having children with critical scores decreases. And the same goes for the reduction of scores related to autism traits, which certainly needs to be investigated better.

In any case, the study is a clear confirmation of how important fish is in one balanced diet during pregnancy. And it reassures future mothers who are greedy: if they love fish, they can easily eat it several times a week, without fear that the child will suffer.

See also: nutrition during pregnancy, the list of prohibited foods

add a comment of Fish in pregnancy? The development of the fetal brain has an edge