Fish: what to eat and not to eat when pregnant 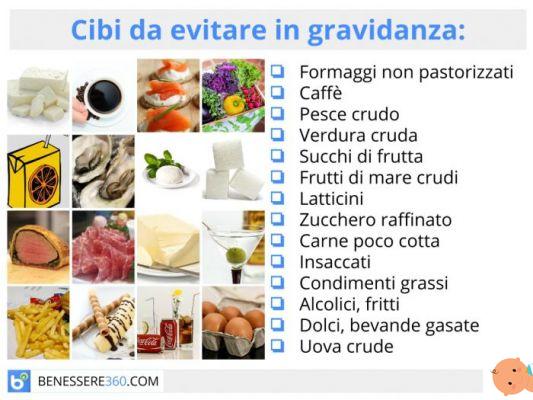 A pregnant woman can consume fish, there are no contraindications, but she must nevertheless pay close attention to the freshness of the product and its cooking: it is in fact of vital importance that the fish is well cooked. But what are the best types of fish and which ones to avoid? We went to ask Dr. Kseniya Mazzotta, a nutrition biologist.

How much fish is recommended in pregnancy?

In the diet of future mothers, fish should never be missing, especially for the important dose of Omega-3 contained in it. Omega-3, in fact, are useful for the growth of the fetus thanks to the positive effect on brain development and on the prevention of neurological diseases and cardiovascular problems.

The woman, during pregnancy and while breastfeeding, should therefore eat fish at least 2-3 times a week. In this way you would get all the nutrients you need in a simple and natural way and you would not have to use supplements, which should only be used on prescription.

The benefits of fish

Which fish to eat when pregnant: Dr. Kseniya Mazzotta answers

All fish that have undergone conservation treatments (canned, in oil, salted) or worse raw (sushi), should be avoided because in the first case they could contain toxic substances and in the second case very dangerous parasites for the mother. and for the child.
Raw or not fully cooked fish in particular carries Toxoplasmosis, an infection that can pass to the baby through the placenta and cause malformations or even abortion or death in utero.

The problem of smoked salmon, in particular, is called Listeria monocytogenes, it is a bacterium that causes a disease called Listeriosis, particularly dangerous for pregnant women as it can cause congenital listeriosis, premature birth, miscarriage or fetal death, despite the fish being subjected to abatement for all health risks and therefore the risk percentage is very low. Transmission occurs mainly via food because the bacterium can be present in raw fish in brine and smoked and survives safely in refrigerator temperatures.

During pregnancy it is advisable to eat fish at least 2-3 times a week, preferring the blue one, for a total of about 450 g and generally preferring fish from our seas and not imported ones.
The reason is that the Mediterranean climate is such that many of the polluting components tend to evaporate and leave fewer traces in fish.

They are similar to sardines but leaner, therefore they contain less cholesterol and still have a very high protein intake. During pregnancy they are easier to digest if they are not fried. Anchovies also contain iron, which is necessary in order not to predispose the baby to anemia and to strengthen the body in preparation for childbirth. They also contain iodine which is useful for the endocrinological balance of the organism of both the baby and the mother, in particular for good glandular functioning.
Minerals such as zinc, selenium and phosphorus are essential for the development of the nervous system, but also to prevent neurological diseases and to protect the cardiovascular system throughout life, lowering the predisposition to diseases such as heart attack and stroke.

It is the fish that among all contains a high degree of Omega 3 useful for preventing fetal malformations even if it may contain a greater quantity of Mercury and wild salmon is preferable to farmed salmon due to a lower concentration of the lipid fraction.

It is a freshwater fish that contains in addition to vitamins and minerals, once again Omega 3. Omega 3s are indicated for lowering blood pressure which tends to rise during pregnancy. Trout is a fish that, unlike sea trout, is low in sodium. In addition, trout are among the safest fish regarding their structure, as farming manages to protect them from the mercury pollutants present in our seas. On the market you can also find certified organic trout.

They filter large quantities of water that can be contaminated and therefore retain all the substances found in the sea. Obviously, those we consume should have undergone a purification period that is they have purified themselves in clean water from any contaminants, but it is important to remember that, as filtrators, they also retain substances such as heavy metals including Mercury which reaching the brain of the fetus it could slow down cognitive development, which is why in principle it would be better to avoid the consumption of crustaceans and molluscs during pregnancy, especially if raw.

Of course, if we stock up on a trusted fishmonger and if the fish is cooked very well then we have at least eliminated the pathogenic microorganisms such as enteric viruses that are found in our sea and which are therefore also found in crustaceans and molluscs. Therefore, it is best to avoid the consumption of this type of fish when you are pregnant or if you prefer to consume it, consume small quantities, sporadically and well cooked.

TAG:
Fish in pregnancy? The development of the fetal brain has an edge ❯

add a comment of Fish: what to eat and not to eat when pregnant