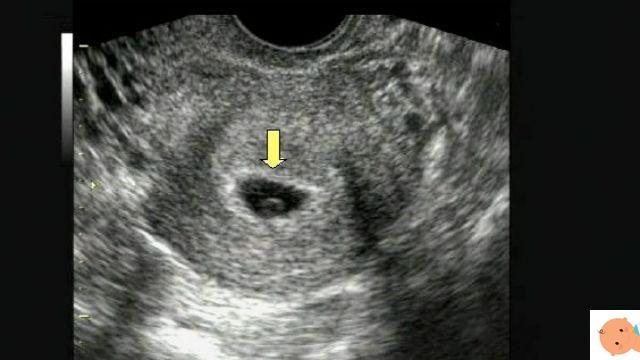 During the fourth week it is going to occur the absence of the menstrual cycle, which is the most obvious sign of the onset of a pregnancy. At the end of this week a woman is more likely to undergo a pregnancy test (and thus ascertain her condition), also because the production of the hormone chorionic gonadotropin is now in full swing - or Beta HCG - which is precisely the substance detected by the tests to ascertain the interesting state.

Symptoms in the fourth week of pregnancy

By the fourth week of pregnancy, many women are already beginning to feel the first, sometimes more evident, symptoms of gestationhowever, it is not so uncommon for a subject to feel nothing for a long time.

In addition to the "jump" of the menstrual cycle, therefore, here are some of the most frequent symptoms:

What to do in the fourth week of pregnancy?

Of course, before you start managing a pregnancy, you need to safety you really be about to have a child. So on the first day of being late, it's always a good idea to take a maternity test after you are done refrain from urination (i.e. without having peed!) for at least four hours, in order to have a higher concentration of Beta-Hcg.

In most cases it's not useful but in special situations the doctor may order a blood test to check the levels of this hormone in the bloodstream.

It is perfectly normal to feel hungrier during pregnancy. However, for the health of the child and the mother itself it is good to follow one diet how attentive, varied and regular, since everything that feeds the future mother ends up feeding the fetus as well. You can start by eliminating the raw foods or those too fat, favoring fruit and vegetables (well washed) and foods rich in vitamins and proteins. It is essential to ignore those who say "eat for two": it is not healthy.

The fetus in the fourth week

At this stage we do not yet speak of the fetus but of embryo. However, the development of the new life is already progressing at great speed: organs e apparatuses they began to form and so did the arts begin to take on a "sketchy" shape. Now the embryo, smaller than a seed, is still too small to be observed even by ultrasound equipment, however in many cases it is possible to see the gestational chamber, the structure that is created inside the uterus to house the embryo.

What is seen during the fourth week of pregnancy?

It is still too early to see the baby bump and even inside the embryo is too small to be seen by the ultrasound. However, the gestational chamber can be seen.

Fourth month of pregnancy, the things to know ❯