Gastroesophageal reflux in infants, how osteopathy is treated 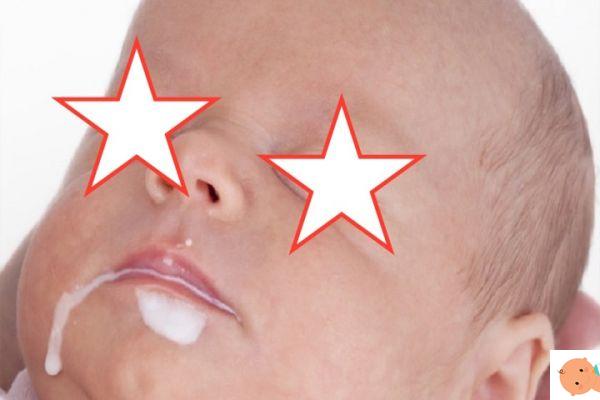 Osteopathy is a gentle manual therapy that makes use of delicate and painless manipulations that can help alleviate numerous ailments, even in very young children. One of the most frequent is gastroesophageal reflux, which involves the passage of gastric material along the esophagus, with even abundant regurgitation.

1. The causes: immaturity of the cardia or compression of the skull

A cause of reflux can be a 'immaturity of the cardia (the sphincter placed between the stomach and the esophagus which should close precisely to prevent the rising of food) but also a compression of the skull at the time of delivery. "The birth, even if it took place in the best way, still represents a trauma for the child, due to the mere fact that it has to pass through a channel that is narrower than his head - says Silvia Ballabio, osteopath at the pediatric ward. and neonatology at the Desio hospital (MB) and professor at ICOM (International College of Osteopathic Medicine).


“During this step, there is compression of the cranial bones, which in most cases realign themselves within a short time. Other times, however, especially if the baby has a large skull or if the birth was long or difficult, compressions can be created on some nerve structures, including the vagus nerve, which innervates the stomach ".

2. The osteopath intervenes on the nervous structures

THEosteopath it can intervene by acting on several structures: the base of the skull (especially the occiput) by releasing the compression on the vagus nerve; the high dorsal column in the middle of the shoulder blades, which is the area that goes to innervate the stomach; in addition, it can act directly on the abdomen, with manipulations that release the gastric wall, the lower part of the esophagus and the diaphragm (the muscle that separates the thoracic cavity from the abdominal one).


“These are always very delicate manipulations, which do not disturb the child and which, in a few sessions, allow the problem to be considerably improved until it is resolved” says osteopath Silvia Ballabio. Especially if you combine some postural precautions, such as breastfeeding the baby by keeping it in a more vertical position or not laying it down as soon as the feeding is finished.

READ ALSO: INFANTS WITH REFLUX, WITH OR WITHOUT RIGURGITI

3. What other ailments can be alleviated with osteopathy

They can benefit from osteopathic manipulations also other typical ailments of young children, such as sleep disturbances, colic, irritability, cranial asymmetries (the so-called plagiocephaly), stiff necks, twisted feet; in older children, it is possible to act on constipation, recurrent otitis, scoliosis.

4. Effective even on very small children

From what age can a treatment be done Osteopathy? "The treatment is all the more effective the sooner it is carried out, because osteopathic dysfunction is less structured and less rooted" replies the osteopath: "it is the reason why children always respond in less time to treatments than adults, in which a ailment has had time to consolidate. Newborns have great self-healing abilities and for this reason even preterm babies are treated in the hospital, who often have colic, regurgitation, plagiocephaly. "

FROM THE CHILD ENCYCLOPEDY: WHAT TO DO IF THE BABY REGURGES

5. In synergy, not as a substitute for medical therapies

Osteopathy can effectively complement any medical therapies and act in synergy with them: if the child, for example, has significant gastroesophageal reflux and the pediatrician has deemed it appropriate to administer medicines, osteopathy does not replace the drug but can help reduce the duration of drug therapy; if there is bacterial otitis, antibiotics are unavoidable, but osteopathic treatment can decrease ear infections throughout the year. Just as there are problems for which osteopathy is the elective therapy, as in the case of cranial asymmetries.

To find an osteopath you can go to the website of some professional associations including ROI (Register of Osteopaths of the Country, www.roi.com) o Fesios (Federation of Trade Union Del Paesena Osteopati www.fesios.org), where the lists, region by region, of the osteopaths who have followed the standard training course of 5 or 6 years are reported.

Instead, to find an osteopath specialized in children, since there are no specific lists, you can try calling an osteopath in your area, who will certainly be able to indicate an expert colleague; even if the best system is always word of mouth between mothers!

Read all the insights into reflux in infants

add a comment of Gastroesophageal reflux in infants, how osteopathy is treated