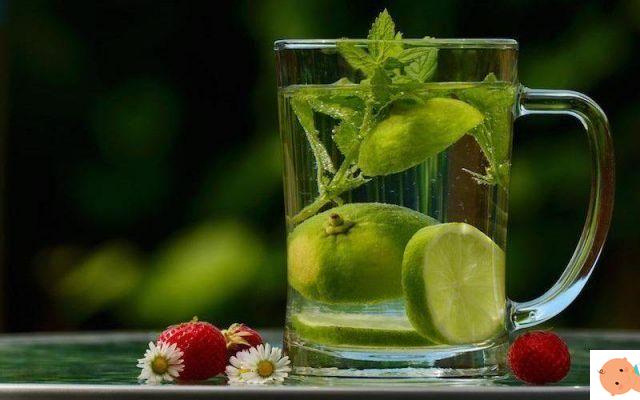 During pregnancy, weight gain is obviously inevitable, although it should still be kept under control. Yes, because, apart from the fact that it can cause disturbances during the 9 months, there is another aspect that should not be underestimated: after giving birth, the extra pounds must somehow be disposed of and the more they are, the longer it will take to do so. . Let's hear the professor's suggestions Giuseppe Found, president of the Sicilian section of the Del Paesena Association of dietetics and clinical nutrition (Adi). 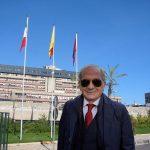 Professor Found, how many pounds should a pregnant woman gain? What can be the consequences of excess weight on the mother and the fetus?

"The National Guidelines System for Physiological Pregnancy (SLNG, 2022), suggested that, in principle, the weight to be reached at the end of 40 weeks should be between 7 and 12 kg. The fluctuation of these values it depends on the weight possessed by the woman at the beginning of the pregnancy. In practice, those who are normal weight at the beginning of pregnancy can increase up to 12 kg, vice versa those who are already overweight at the beginning, should respect the lowest parameter. There is also a third hypothesis: the underweight woman. In the latter case, the overcoming of 12 kg is not only allowed but it is also desirable to favor a balanced course of the pregnancy itself and of the weight ratio of the unborn child / weight of the mother. In fact, going too far (but also too far below) could have consequences for the fetus and the mother. In the unborn child, complications related to excess weight (both of her and of the mother during pregnancy) occur around the age of 12. The most frequent pathology is obesity. The mother who exaggerates the weight during pregnancy could run into metabolic problems, diabetes, hypertension. In medical jargon this situation is defined as gestosis ”.


What are the tips for shedding extra pounds after giving birth?

“After childbirth, and during the entire period intended for breastfeeding, it is advisable to practice an eating style that is as 'natural' as possible. The winning 'trick' is to make fresh seasonal fruit and vegetables prevail in the dishes that make up the main meals. Vegetables (salads and vegetables) should be eaten raw. This does not mean that cooked vegetables, legumes or soups should be avoided. But it is still advisable to combine a raw vegetable with a cooked dish. The aim is to convey, with raw foods, the essential micronutrients to rebalance the state of well-being and to dispose of the pounds and liquids purchased during pregnancy ".

What role does physical activity play? How to choose the right one?

“If the pregnancy has gone smoothly and the mother has regained her psychological equilibrium, a relaxing break should not be avoided. What could be better than an hour to devote to tone your muscles and re-stabilize the properties of the skin? The best physical activity, recommended for all, is represented by initial walks, preferably outdoors, away from traffic and shopping centers. At a later stage, when the baby or girl is already three months old, I suggest sports activities that, although not competitive, involve more the muscle groups that are still reluctant to return to their place: from gentle gymnastics to the swimming pool. In this phase it is prudent to personalize physical activity on the actual absence of reasons that could hinder or contraindicate it ".

When is it advisable to go to an aesthetic doctor to get back in shape?

“Sometimes pregnancy leaves unmistakable traces on the mother's body. Especially the surface of the abdominal skin, hips and thighs, are the areas most 'at risk' of showing the loss of elasticity and consistency possessed before pregnancy. In general, this problem does not affect the mother's health and does not in itself cause dysfunctions. But difficulties may arise in 'recognizing' oneself in the new condition. This difficulty can lead to psychological disturbances that should not be underestimated. It is not a 'sin' to seek advice from a (serious) specialist in aesthetic medicine to evaluate any remedies ".

“Breastfeeding means eating 'better'. The composition of breast milk is almost constant and independent of 'how much' you eat. The danger, on the other hand, is hidden in foods that have very little naturalness. For example, it is not uncommon to find chemical molecules such as thickeners, dyes, sweeteners, stabilizers, antioxidants, flavorings, in apparently harmless foods such as brioscine, snacks, snacks, fruit juices. While breastfeeding, it is a good idea to buy food and cook it. It is highly recommended to also fill up on vegetables and fruit to be eaten raw. You will find that your baby will like it and will grow up well and in good health. I forgot: by breastfeeding we mean the one practiced using the mother's breast. The use of any other milk does not guarantee either a normal growth of the baby or a safeguard for her health ".

of the city, fetus at the cemetery with the name who aborted. The controversy breaks out ❯

add a comment of Get back into shape after pregnancy