Getting pregnant after a miscarriage 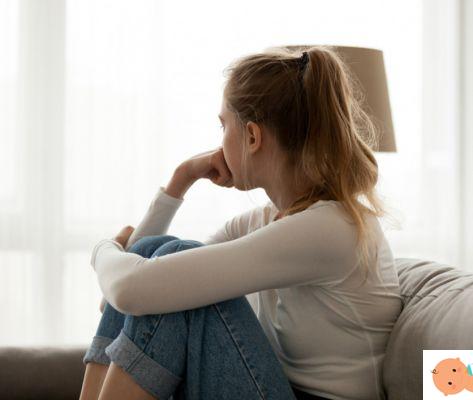 Getting pregnant after a miscarriage

It pays to wait at least two menstruation after a miscarriage, to allow the restoration of ovarian function and hormonal balance.

In most cases, however, nothing else needs to be done: only if the abortions are repeated and if they occur late in the day, preventive checks are appropriate, to make sure that all the conditions are in place to happily live a new one. pregnancy.

Here's how to get pregnant after a miscarriage.

Read also: Miscarriage and stillbirth, why women need to talk about it

Spontaneous abortion: how frequent it is and why it happens

The frequency of a miscarriage

"A miscarriage is a rather common occurrence, which can happen in about 15-20% of pregnancies, especially in the first eight weeks, so much so that often the woman does not even know she is pregnant and mistakes for normal menstruation what is instead a abortion "said Alessandro Caruso, Full Professor in Gynecology and Obstetrics, Catholic University of the Sacred Heart -" Agostino Gemelli "University Hospital of the city.

"Very often there is no precise cause behind an abortion, but situations simply arise in which the product of conception undergoes a natural selection and is automatically expelled from the uterus, which does not recognize it as 'suitable'. The good news is which in most cases is destined to remain in an isolated episode, which in no way affects subsequent pregnancies ".

How long to wait before trying another pregnancy

After an abortion, the resumption of ovulatory activity occurs almost immediately and two cycles are sufficient for the uterus to return to its original condition and the reproductive system to function normally again.

"That's why women are generally advised to wait at least two menstruation after the abortion event "suggests the gynecologist." And this regardless of whether a curettage was necessary or not.

To tell the truth, if the abortion occurs early, approximately within the seventh week, the product of conception almost always expels itself completely, without the need for external intervention; in later times, on the other hand, it may be necessary to carry out a curettage to clean the uterine cavity well. In any case, it is an operation that does not affect uterine functionality in the least; exceptionally it may happen that residues remain that require a subsequent intervention. "

Read also: The curettage after an abortion

After having a miscarriage, how likely is it to have another

If the abortion occurred within 7-8 weeks, it should be considered a natural event which does not imply any particular pathology, but can simply be the result of various contingent factors, such as a malformation of the embryo incompatible with life or a bad implantation of the placenta.

After this experience, the risk of an abortion occurring again is the same as that of all other women. Unlike the case in which the abortions are already more than two or in which the abortion took place after 9-10 weeks, when the pregnancy had already started normally and the fetal heartbeat had already been detected. In this case it is advisable to go in search of the reasons that led to the abortion, which can be many. Also read the article on repeated miscarriages

"It may be that at the base there is a maternal pathology, such as a thrombophilia or an autoimmune disease, an alteration in the chromosomal makeup of the couple, anatomical malformations of the maternal uterus (for example the uterus septum), a hormonal dysfunction that does not allow the optimal conditions for receiving the embryo, an unrecognized and untreated vaginal infection or other infections, such as toxoplasmosis or rubella, which, albeit rarely, can infect the fetus with even fatal damage "comments prof. Caruso.

"Depending on the cause identified, the gynecologist will advise what to do and the time interval necessary before trying to find a new pregnancy. Always bearing in mind, however, that in 30% of cases it will not be possible to identify the precise cause of the abortion. ".

The checks to do before trying to get pregnant

Is it necessary to have checks before trying to conceive again?

"Even if the abortion was an isolated episode, it is good practice to check some blood values, in particular blood glucose, thyroid, and blood pressure levels, because any hypertension could hinder nourishment and oxygenation of the fetus" replies the expert.

"In case of polyabortivity, additional investigations will be recommended, established by the gynecologist according to the individual situation".

Read also: Miscarriage: False Beliefs That Are Bad for Women

What is a miscarriage?

Spontaneous abortion is defined as when the pregnancy ends within the first 24 weeks of gestation, when the fetus is unable to survive outside the mother's womb.

What are the signs of a miscarriage?

The signs of a miscarriage are:

What to do to lower the risk of a second miscarriage?

To lower the risk of a second miscarriage and increase the chances of a pregnancy it is advisable to:

TAG:
Getting Pregnant: How Many Sexual Intercourse Should You Have? ❯

add a comment of Getting pregnant after a miscarriage