Gift for the new mother from the father: the push present 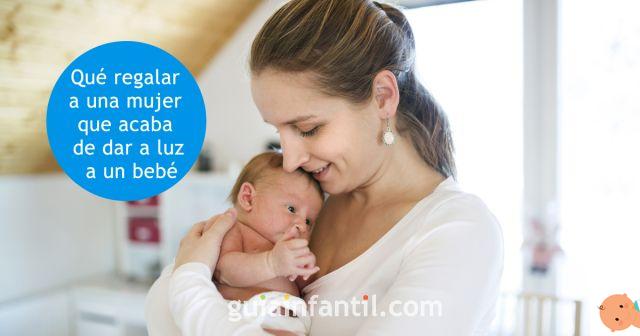 In recent months, thanks largely to the influence of Chiara Ferragni, the term push present has rightfully entered the vocabulary of women waiting. In fact, it was she who made this custom that comes from the United States known to the general public, asking her husband Fedez for a push present for the birth of Vittoria, their second child.

What is push present and who is giving it away

The term push present is made up of two English words, push, which means to push, and present, which means gift. In fact, it is nothing other than a "gift for the thrust", that is, a gift that is given to future mother or new mother on the occasion of the birth of a child. The tradition comes from the United States, where this type of gift is widespread. Sometimes it is presented to the new mother immediately after giving birth but other times, just to gratify the woman's effort, it is given before birth or even during labor.

Who gives mom the push present?

Usually he is the mum's partner, father of the unborn child, to give the push present to the mother. As in the case of Fedez, that he was unaware of this custom but that he was invited by his wife Chiara Ferragni to inquire. It is an easy way to congratulate the woman in childbirth on the gift she brings to the world.

5 push present ideas to give to the new mother

If you are looking for inspiration for your push present or you are a dad who came here desperate for a gift idea for your partner, here are some tips that might be right for you.

The most classic of gifts to give to the new mother is the jewel, already very popular in Del Paese before it was called push present. Whether it is a necklace, a ring with diamonds or a pendant or bracelet that indicates the birth, the choice is vast and the prices for all budgets. All that remains is to investigate the tastes of the mother, or to suggest them to the companions!

The photo shoot is very popular and appreciated by new parents, and specialized photographers offer packages even in the hospital or within the first few days after the birth. But not only that: you can do services even before birth, to immortalize that magical moment before everything changes and dedicate it entirely to the future mother.

The only certainty that characterizes new mothers is that after giving birth they will be very busy with the newborn, especially for breastfeeding. So why not give them a treatment package to use when they feel ready? One of the best gifts to give to those who are behind breastfeeds, nights and labor of childbirth is to give a few hours of absolute rest (and if the mother is breastfeeding, a little expressed milk will be enough to give her the respite she deserves!).

4. A voucher to spend at your favorite shop

often new mothers they don't find time to shop. Giving them a coupon at their favorite store will encourage them to take some time and pamper themselves. Even before giving birth, the woman is often focused on what the baby needs: what if she instead thought a little about herself?

5. A subscription to a podcast or streaming service

Does the future mother read a lot? Why not give her a subscription to a podcast and audiobook service, which can be used during the endless breastfeeding sessions? If she is passionate about TV series or goes crazy for movies, the choice is between different streaming channels with a huge offer, you just have to take an interest in his tastes to choose the one (or those!) that are right for him!

The push present, or gift to the new mother, is becoming more and more popular in Del Paese and is one of the ways to show one's gratitude to those who have borne and then given birth to a child. To choose the best one, you just have to listen to the future mother or, if you are directly interested, to suggest without shame what you would really like to receive.

Prodrome pregnancy, what they are, how to recognize them and how long they last

Photo report from the delivery room: the twin birth of mother Elena

The last weeks before giving birth

Water breaking: when and how to recognize it?

add a comment of Gift for the new mother from the father: the push present