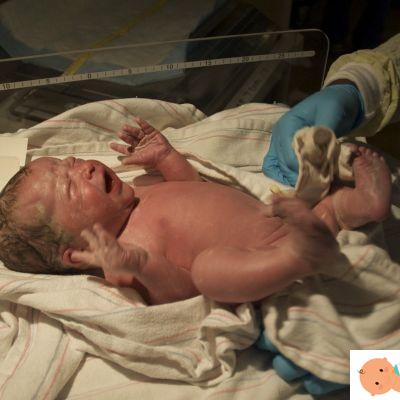 Although natural childbirth is scary because it is painful, long and tiring, those who have tried both the vaginal and the caesarean section do not have many doubts: better give birth naturally, because it recovers much faster. The caesarean in fact it is a surgical operation that can bring with it many aftermaths, which is why it should represent the last choice and be practiced only when the life of the mother or child is in danger. At one time it was even said that those who had given birth by caesarean could not breastfeed, fortunately it was proven wrong. However, research reveals that there are benefits of natural childbirth also for the unborn child and not just for the mother.

Read also: Urgent Caesarean: when and why

A study by the University of Pisa and published on Frontier in Cellular and Infection Microbiology has in fact shown that the bacterial flora with which the baby comes into contact during birth via the vagina is capable of developing defenses especially to protect the airways.

44 women participated in the research, all of them primipare and with no history of infectious diseases. In all of these giving birth, the breaking of the waters occurred 12 hours before delivery and all the infants were born at full term. Of these, 28 were born with vaginal deliveries, 16 with planned caesarean sections.

Childbirth exposes you to bacteria

The newborns underwent nasal and pharyngeal aspiration within ten minutes of birth, as is usually done to clear the airways. Only later the product of the aspiration was analyzed to evaluate its content, thus discovering the presence of certain bacteria. The study therefore demonstrated a different composition of microbiome in the airways of the newborn at birth.

The study, carried out by Professor Emilia Ghelardi and Professor Paolo Mannella, confirms the policy of reducing caesarean sections, demonstrating another notable advantage of natural childbirth that allows correct colonization by the microbiota and ensuring primary protection for the child already during childbirth.

Another step forward to favor, whenever possible, the Natural childbirth compared to the caesarean. And also to convince all those mothers who are afraid of giving birth naturally.

TAG:
Give birth painlessly with an epidural ❯