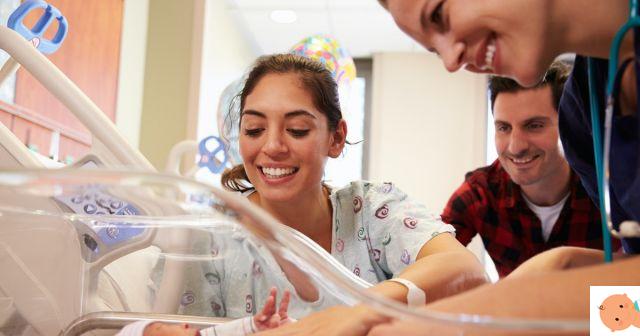 A whirlwind of emotions that accompanies pregnancy, childbirth, up to birth, a phase that is very often experienced with fear and anxiety. Today there is more and more awareness that putting the woman in a position to be able to choose how to deal with childbirth is favorable for increasing her safety and serenity in facing labor. The painless childbirth it could be an important opportunity but still its diffusion is not homogeneous in the national territory or in the same regions for mostly organizational reasons. A crucial issue is the lack of anesthetists when it comes to proceeding with techniques such as epidural anesthesia. And the alarm came from the Scientific Societies of Obstetrics and Gynecology during the webinar "Childbirth with a smile and painless childbirth. Differences and clinical risk", organized by Mondosanità, in collaboration with Healthcare Engine to outline the problems inherent in painless childbirth and to highlight the best practices in place.

L'epidural anesthesia it is a birth technique that can be indicated as the most effective for eliminating the pain of labor because it maintains the patient's perception of contractions and their own movements allowing a physiological and safe birth; if performed correctly it has no negative effects, on the contrary it has many advantages, namely it reduces the consumption of maternal oxygen, improves the perfusion of the abdominal organs, while not altering the flow of the great vessels, and protects the placental exchanges between mother and child.

Give birth with a smile

Il I leave with a smile is a new method of medical analgesia in childbirth. It is a mixture of nitrous oxide and 50% oxygen, which the parturient gives herself through a device that releases the analgesic with an on-demand valve. For many years now this type of analgesia has been in use in the delivery rooms of Anglo-Saxon countries with considerable satisfaction of users while in Del Paese, until a few months ago, it was used only in the dental field.

Thus the regional provisions that fall within the essential levels of assistance on childbirth-analgesia and the so-called "sweet birth" are complied with, representing an undeniable progress in the procedures of childbirth, reassuring new mothers and avoiding anxiety from labor.

"In Piedmont the state of the art of painless childbirth is very positive compared to other regions - he declared Sara Zambaia, Member of the IV Health Commission of the Piedmont Region -. The epidural technique, for example, is not present in all centers and the great knot is represented by the great lack of anesthetists. As a regional council, we are willing to tackle the issue: medicine is moving forward with giant steps, both politics and the world of health care and institutions must try to go in the direction of being able to increasingly put a woman in the position of being able to choose. how to deal with childbirth ".

"Childbirth with a smile and painless childbirth is an interesting theme at a time when births have a negative peak and therefore be able to do good practices by meeting women, families and small hospitals with techniques that can raise the level of safety, on the other hand the approach to small towns. Over the years there have been several battles especially for the closure of the birth centers for the famous 500-birth roof. Well the innovative techniques that see painless childbirth in its complexity are techniques which can allow the maintenance of birth points in small hospitals. It is clear that there are 2 methods: that of painless childbirth, with epidural anesthesia that involves the presence of the anesthetist, but there is a less invasive but certainly effective technique called "Childbirth with a smile "that is to say the inhalation of analgesic gas that can be administered peacefully in a hospital setting, exactly c that is normally done by dentists and dentists. In my opinion they are good practices that must be endorsed, protected and supported to ensure that our women can better manage a particular moment of their life and live it serenely according to their own sensitivity. I would try to carry out a support activity not only for painless childbirth, which involves the presence of professionals such as anesthetists, but above all the expansion of the practice "I give birth with a smile" which does not require the presence of anesthesiologists but which manages to give the the same result making the mother enjoy the sensations of childbirth. It is important to be able to sustain a positive practice and we all have to take care of it, "he explained Carmelo Money, Vice President VI Health Commission Region of the city.

"There is also a third current of thought which is that of natural childbirth in which the woman is involved from the beginning and there is a need for one to one assistance - he added. Elsa Viora, President of AOGOI, former Director of the SSD Ultrasound Obstetrics Gynecology and Prenatal Diagnosis Hospital Obstetrics and Gynecology S.Anna, Turin -. It is a path that must be agreed with the woman first. The goal is to offer women a birth path that meets their needs in order to arrive in the delivery room in the best possible condition. But let's not forget that we are witnessing a shortage of anesthesiologists and doctors in gynecology e midwife important and it will become more and more so in the future. Precisely for this reason too we must think of alternative methods, since the woman must be able to choose based on her culture, her thought and her vision of pregnancy, but we must also think, as a national strategy, that in five years we will have a deficit. of notable doctors and therefore also think of other solutions. The role of midwives and doctors is fundamental. I really hope that the government gives the attention it deserves to women's health and medicine. "

During the lockdown, the woman's lack of family care was replaced by the reception of hospital staff. "Numerically we are always few, but during the pandemic an even more familiar and welcoming atmosphere was created thanks to the support and attention of obstetricians and gynecologists - he stressed. Elizabeth Picardo, Gynecologist of Gynecology 4, S. Anna Obstetric Gynecological Hospital, Turin -. Support was created among the patients at the time of birth and breastfeeding, showing a new approach to childbirth that they faced with greater serenity and concentration on themselves "

There is another aspect that makes us think: the denatality places the country in second place in the world after Japan and the age of women who decide to have a child is moving forward. "The age of women has changed - he explained Claudio Crescini, Vice President AOGOI, Professor at the Catholic University of the Sacred Heart of the city, Scientific Director of ASST BG East of the city -: they become mothers well over 32 and 40 years and this represents a risk factor. In addition, diabetes in pregnancy has increased and assisted reproduction has certainly solved the problem of infertility in some couples, however, the risk of complications increases. There are more pregnancies at risk than in the past ".

add a comment of Giving birth smiling: here's how