Grandmother gives birth to her granddaughter 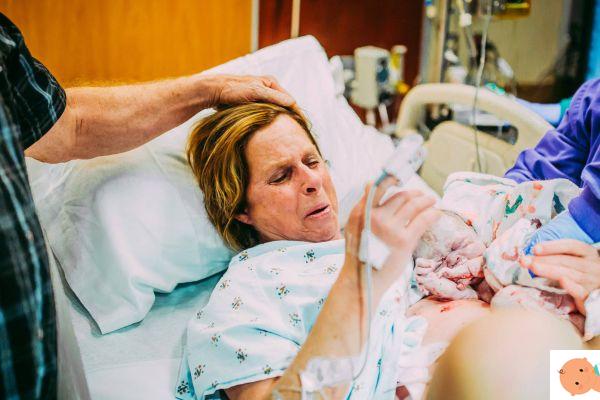 Shoulder-length gray-white hair, a dazzling smile and a newborn baby in her arms. This is the image of Cindy Reutzel, 53, of Naperville, in the US state of Illinois. She is the grandmother-mother who a week ago gave her granddaughter's luca, little Elle Cynthia Jordan.

It all began in 2022, when Cindy's daughter Emily was diagnosed with cervical cancer. Emily and husband Mike had long dreamed of expanding their family and the couple had just discovered they were expecting their first child.


'I can't even describe what it means: discovering that you have cancer and no longer have a chance to carry a pregnancy to term,' the 29-year-old told The Associated Press.

Emily has to decide whether to treat or keep the baby. She opts for abortion and begins her fight against cancer. She removes her uterus, depriving her of any possibility of having children in the future.

Nine months ago the turning point: Cindy, Emily's mother, offers to carry a pregnancy to term for her. The doctors had indeed managed to save some of Emily's eggs before the cancer treatment. If at the beginning the hypothesis could seem as remote as it is crazy, with the passage of time the two are convinced. And so Elle was born, from an egg of Emily, fertilized with Mike's sperm and implanted in Cindy's uterus.

'When I see them hold the baby, that's all I ever wanted for them - better than I imagined,' says Cindy.

add a comment of Grandmother gives birth to her granddaughter