Head lice: the products on the market 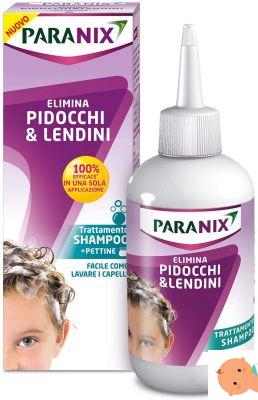 The products on the market

On the market you can find everything: shampoos, mousses, sprays, lotions, oils. How to choose the best one? It is good to make a premise: the clinical studies carried out on the various products have not reached unequivocal conclusions, because some parasites can develop local resistance.


Nevertheless, in general, permethrin, natural pyrethrins and malathion (the three most common active ingredients with insecticidal action) can be considered equally effective against adult parasites, while pyrethrins seem slightly more effective than the others against eggs (although in all studies, in order to achieve complete eradication, it is it was necessary to resort to two treatments).

Finally, malathion is not indicated in children under the age of 6 years. It is important to note that none of the studies carried out on these products have used the shampoo formulation, which is generally the least effective because the active ingredient is diluted by water and because the processing time is rather short. Other products still on the market based on benzyl alcohol or lindane are not recommended as they are active only on the adult louse and do not kill the eggs.

A test carried out by the consumer association Altroconsumo on the products on sale in Del Paese detects the same problem already reported with the shampoo and concludes by recommending the use of formulations in gel, spray or thermosensitive mousse, which melts with the heat of the garment and it is distributed evenly along the entire stem but above all in the vicinity of the scalp, where the nits are present.

The guidelines produced by the Cochrane Collaboration, an independent body for verifying therapeutic indications in the light of scientific evidence, come to the same conclusion and also strongly advise against the use of powders, which can be inhaled and are toxic.

When you go to the pharmacy to buy a lice product, don't buy anything. Find out first about which compounds are the most effective for the case you have to treat, check application times and methods of distribution on the hair and ask the pharmacist to explain which active ingredient is contained in the brand he proposes. Take into account the formulations that have already proved effective in the past, but try to use different substances especially if you have to do more close treatments. This way you will minimize the risk of resistance.

Pyrethrins are a mixture of compounds derived from Chrysanthemum cinerariaefolium, present on the market in formulations often associated with piperonyl-butoxide: this combination increases the effectiveness and reduces the development of resistance. Pyrethrins work by blocking the louse's nervous system, leading to paralysis and death. They also exhibit ovicidal activity. These substances degrade in light and heat and have no residual activity after rinsing; this is good as it reduces the risk of selecting resistant lice. In toxicity tests they have a good safety profile and are absorbed through the skin only in very small quantities, insufficient to cause toxic phenomena. However, they can, in rare cases, cause allergic contact dermatitis.

Permethrin is a combination of isomers of pyrethrins, chemically modified to make them stable to light and heat; they work in a similar way to that of natural pyrethrins. Thanks to the chemical modifications they remain active even after rinsing: if this can on the one hand facilitate the elimination of the eggs, it also makes resistances more frequent. Pyrethrins and permethrin are the most studied molecules and also the least toxic to humans. They are poorly absorbed and rapidly broken down in the body. For this reason, the Food and Drug Administration, the US agency for the safety of drugs, has deemed them risk-free from one month of age. However, cases of resistance to permethrin are on the rise. If treatment with permethrin fails, the use of malathion is indicated.

Malathion causes an accumulation of acetylcholine in the nerve receptors of the louse and induces the rapid death of the parasite and the eggs. It was approved for the treatment of pediculosis by the Food and drug administration in 1999. Two factors related to comfort play against the use of malathion: it smells bad and it is flammable; moreover, it has not been studied in children under the age of 6, so we tend to recommend its use only after this age. It exists in both lotion and gel. The latter would seem more effective in some laboratory tests, provided that it is used correctly, distributing it all over the hair with a comb. An analysis by the Cochrane Collaboration that looked at 12 clinical studies involving 803 patients showed no major side effects, although minor reactions such as erythema, dandruff and, in case of eye contact, conjunctivitis occur in one in ten cases. In general, malathion is considered a second-line product, to be used when those based on pyrethrum or pyrethrins prove ineffective.

Faced with the spread of resistance to insecticide treatments, doctors wondered if it was possible to eradicate the infestation in another way and found that combining external treatment with permethrin with oral administration of trimethoprim / sulfamethoxazole (a drug with antibacterial action marketed under the name of Bactrim) it is possible to "poison" the louse, which feeds on the baby's blood through the skin of the scalp. It is clear that this type of treatment should not be undertaken without a doctor's consultation and should be reserved for really resistant cases, after having tried all the other options.

Since 2006, a product based on 4% dimethicone, a silicone derivative, colorless, odorless and oily, has been available in Del Paese, distributed in the form of a lotion. The antiparasitic action attributed to dimethicone is not of a chemical but physical type and is due to the molecule's ability to form a film around the louse, immobilizing it and causing it to "suffocate". Dimethicone is not absorbed through the skin and very rarely causes irritation. It is also not associated with the appearance of resistances. The solution should be applied to dry hair and scalp and left to dry spontaneously without using a hairdryer. It must be rinsed thoroughly after at least 8 hours of laying. The treatment consists of two applications seven days apart, as is done with traditional insecticides.

Although the data is limited, this type of product appears to be as effective as pyrethrins with a success rate of around 70 percent. Based on the available data, this product can be considered a valid alternative to insecticide-based treatments if you do not wish (or cannot) use chemicals. The biggest drawback is the very long duration of laying. However, you can treat the baby in the evening, let the product air dry then put him to bed with his head wrapped in a scarf or hat, then wash his hair when he wakes up.

There are products on the market based on vegetable oils (essentially coconut oil combined with essential oil of anise and Ylang Ylang). Their effect should be similar to that of dimethicone, i.e. suffocate the louse and nits but efficacy studies are lacking. Among the pros, the ease of application, the practically zero risk of adverse effects (unless individual allergies to one of the contents) and the absence of resistance. Among the cons, the lack of information on the real effectiveness.

How to remove nits

The removal of the nits is essential for the success of the treatment. Here are some practical tips to optimize the process.

Read also Lice alarm: how to behave and Lice: treatment

add a comment of Head lice: the products on the market