Hearing, does your child hear well? 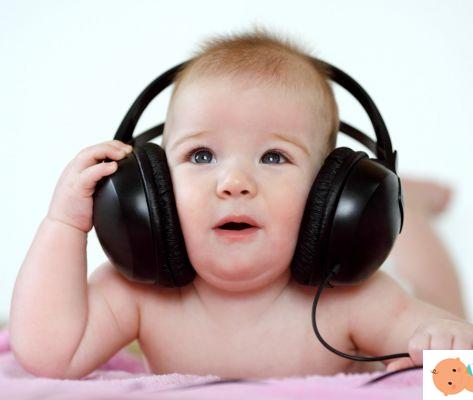 Each year, one in 300-350 Del Paeseno children comes to light with hearing problems and over 500 new born are affected by profound deafness, the absolute absence of sounds that does not allow the development of the ability to communicate. Sometimes deafness is one of the symptoms of a genetic disease, in other cases it can be caused by infections acquired during childbirth or in the first months of life.

There are also hearing losses that occur during growth, starting with a mild congenital defect. In 20-40% of the cases of children born deaf it is not possible to establish the causes.


If the child cannot receive a verbal message, he will not have an auditory memory and will receive fewer intellectual stimuli. In addition, he will have alterations in the development of his personality: just imagine what it means for a newborn to be deprived of the gratification and comfort of the mother's voice.

Fortunately, today there are screening methods that make it possible to identify hearing deficits already at birth: an examination based on oto-acoustic emissions. Early diagnosis of childhood deafness is essential for adopting the appropriate therapy: rehabilitative and surgical intervention is in fact possible when brain plasticity still allows it.

Also in this case, timely diagnosis and appropriate therapy they are essential to limit hearing loss and the risk of permanent damage. Much research shows that in children there is a relationship between hearing loss - even transient but frequent - and lack of attention, language deficit and poor school performance, especially in noisy environments such as classrooms.

Typically, the obstruction is a physical factor, for example earwax plugs in the outer ear, or ear infections in the middle ear; in children the cause may also be a craniofacial malformation or head trauma. The solution consists of drug treatments or surgery.

One has instead sensorineural deafness the inner ear (cochlea) and the auditory nerve are affected, organs that convert sounds into electrical signals and transmit them to the brain. Deafness is due to an injury or a developmental defect of the 20 sensory cells contained in the cochlea. The causes in babies are fetal damage, accidents at the time of delivery, genetic or infectious diseases, such as measles, mumps, meningitis.

In adolescents and adults, even noise or the intake of certain drugs can damage sensory cells, which are delicate and lack the ability to regenerate: deafness is therefore almost always definitive, and the only possibility is rehabilitation with hearing aids. When the deafness is very severe and the acoustic nerve is intact, a "bionic ear" can be adopted, the cochlear implant: an electronic system that is inserted under the skin behind the auricle, with an electrode inserted inside the cochlea to stimulate the acoustic nerve with acoustic impulses picked up by a microphone and translated into electrical signals by a micro-computer.

Spa treatments - preceded by audiometric and impedance tests - facilitate healing, recovery from transmission deafness and reduce the risk and frequency of relapses. This was demonstrated by research conducted by the Terme di Sirmione, where since 1948 there has been a specialized center for the treatment of rhinogenic deafness, with 7 patients a year, 25 percent of whom are children.

Inhalation treatments based on sulphurous thermal water introduce the thermal water and the gases it contains into the respiratory system, through different techniques: hot-humid inhalations, aerosols, humage (only the gases extracted from the water), nasal showers, nebulisations, endotympanic insufflations, which act on the Eustachian tubes and on the respiratory system with antiseptic and bactericidal power, decongestant, anti-inflammatory and fluidifying effects.

The "Hearing" campaign, promoted by Terme di Sirmione in collaboration with the specialized university clinics of our city, Brescia and Verona, aims to inform about good habits to preserve one's hearing, recognize the signs of hearing damage to intervene early on disorders. Free hearing screenings can be carried out on board an equipped camper and specialists will provide information and advice.

Brescia: from 18 to 24 May, c / o Corso Zanardelli: camper for screening and information; 22 May, at Borgo Wuhrer: meeting open to the public.

Verona: from 25 to 31 May, c / o Piazza Bra: camper for screening and information; May 27, at the Civic Library: meeting open to the public.

Do you want to know more and compare yourself directly with other mothers? Enter the forum dedicated to health and disease

add a comment of Hearing, does your child hear well?