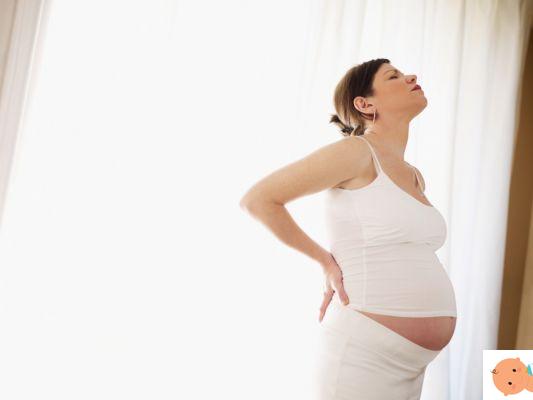 What are they and how do they manifest hemorrhoids in pregnancy? Can they be prevented? And are there any remedies?

In some cases, blood clots (clots) can also form in the hemorrhoids, which are considerably painful.

Read also: Pregnancy, this is how your body changes

Why hemorrhoids are formed in pregnancy

Hemorrhoids are a very common ailment in pregnancy and practically all women suffer from it, with varying degrees of severity.

As the gynecologist explained during our live dedicated to pregnancy of the Buzzi Children's Hospital in our city, "in pregnancy, hemorrhoids are formed due to the increase in weight and abdominal pressure on the pelvic circulation". In addition, the role of the progesterone, essential hormone for pregnancy for her muscle relaxant role, which however can have the effect of "lazy" the intestine. In turn, the resulting constipation can favor the release of hemorrhoids due to the evacuation effort, as well as causing inhibitions that worsen the constipation itself, in a vicious circle that only accentuates the disorder.

How to intervene: advice, remedies, therapies

The first remedy is to cure constipation, by curing

Consumption of fibers (therefore vegetables and fruit) and drink a lot. "Hydration promotes soft stools, which in turn promotes evacuation," she explained. Ok also to a little exercise, which favors peristalsis, as well as improving the blood circulation in general.

"To alleviate the discomfort, a minimum momentary relief can be given by washing with warm water, even if they have no therapeutic action" says prof. Whites. "On the other hand, irrigations with hot water, which accentuates vasodilation and increases the flow of blood, and with cold water should be avoided: it is true that cold causes a temporary retraction of the hemorrhoids, but once the effect has passed, congestion increases more and more".

Locally, you can apply soothing and anti-inflammatory ointments, based for example on cortisone, or containing mildly anesthetic substances to alleviate pain, or with bioflavonoids and heparin derivatives, with anticoagulant action in the case of a slight thrombus.

Consult your doctor before taking any medications during pregnancy.

Other tips to relieve the discomfort

Therapies for the most painful situations

If the situation is more serious, with intense pain, it is obviously necessary to talk to the doctor, who can recommend oral therapies with food supplements that can help reduce blood clotting or with real anticoagulant drugs. In case of bleeding it is recommended to consult a proctologist surgeon.

How long do hemorrhoids last in pregnancy

"They generally reach their peak during childbirth, although obviously there is a lot of variability from woman to woman, based on the starting conditions, the weight of the baby, how the birth is going, etc." she points out. They usually return within a few months after the birth: if this does not happen, it is necessary to discuss it with the attending physician.

Piles in pregnancy, NHS; What can I do to treat hemorrhoids during pregnancy? Mayoclinic

add a comment of Hemorrhoids in pregnancy: causes, remedies, treatments