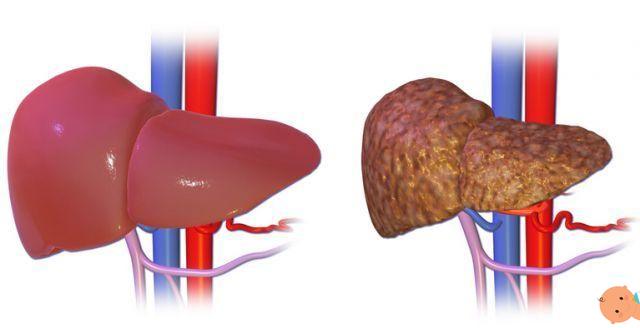 What is hepatitis and the risks of the disease

Hepatitis B is a viral disease that is transmitted through the blood and body fluids, then by person-to-person infection (usually through sexual intercourse, transfusion or drug use). It can also be transmitted to infants from infected mothers, affecting the liver causing loss of appetite, nausea, jaundice (yellowing of the skin and eyes), joint pain.


In 50% of cases of childhood contagion, those infected do not show symptoms but become a healthy carrier. This means that the virus continues to live in the body. The same phenomenon occurs in only 10% of adults. The presence of the virus in the body is not insignificant: over time (typically 30-40 years), healthy carriers can develop serious complications such as chronic hepatitis and liver cancer. In Del Paese, vaccination against hepatitis B was made mandatory in 1991. Until 2003 it was also mandatory for XNUMX-year-olds, after which full coverage of new-borns was achieved and the campaign for adolescents was therefore suspended. Since then, the cases of chronicity have drastically decreased.

The vaccine is made up of a virus surface antigen, that is a protein that is usually found on the outside of the virus itself and therefore is able to activate the immune system in recognizing the infection. The antigen is produced in the laboratory using the recombinant DNA technique, that is a sort of genetic "template". It is therefore not extracted from the natural virus, but it is a faithful copy. The hepatitis B vaccine is part of the hexavalent vaccine.

All children are vaccinated in the first year of life (with three doses at three, five and 11 months of age), newborns born to a carrier mother (to reduce the risk of contagion during childbirth) and all people at risk (e.g. doctors, nurses, cohabitants of chronic carriers of the disease etc.).


Children with allergic reactions to components of the vaccine cannot be vaccinated. Administration should be postponed in case of severe or moderate acute illness.

The vaccine is 95% effective, its coverage lasts a lifetime.

Data on side effects

About 50% of children given the hexavalent vaccine experience some mild side effects (fever in a third of cases, local reactions in 20%) which disappear within 48 hours. If they last longer, see a doctor as they may have a cause other than the vaccine.


Convulsions related to high fever occur in one or two cases in 10, anaphylactic shock in one case in a million.

In October 1998, France temporarily suspended vaccination against hepatitis B because it is suspected of causing or exacerbating multiple sclerosis, a serious neurological disease. The suspension was the result of some sentences issued by French courts under pressure from groups opposed to vaccinations.

During the same year, the World Health Organization brought together experts on the subject who, in the light of scientific studies, denied any relationship and invited France to resume the vaccination campaign, which has happened. Since then no link has been proven, although the misinformation is still reported as true on numerous Internet sites.

Sources: The information on the efficacy and indications of the vaccines, and the epidemiological data contained in the information sheets on the individual vaccines are based on official documents of the Higher Institute of Health and of the Centers for Disease Control and Prevention (CDC) in Atlanta (USA)

Back to the special VACCINATIONS FOR CHILDREN

Would you like to discuss the topic "Vaccinations and children" with other parents? Enter the section of our forum dedicated to health and the newborn.