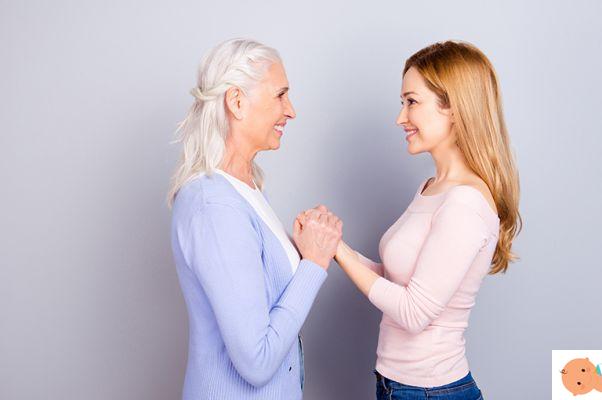 There is no analyst of our time who has not yielded with a sense of resignation to the confirmation that the sensibility it is not part of the traits of contemporary culture. Whether we refer to the liquid society or to the era of postmodernity, that characteristic of the person who "knows how to perceive internal and external stimuli in a more intense and profound way" exists, has a name, thehigh sensitivity, and since the 90s it has been theorized by the American psychotherapist Elaine Aron.

Who are highly sensitive people

"Vulnerable but powerful at the same time, highly sensitive women have a resource they don't always have the right awareness of and this can transform this character trait. in a gift or rather in a source of suffering " - Francesca Santamaria Palombo said -. "This characteristic is not a psychopathological condition but it can become so when it generates difficulties and leads to anxious depressive disorders. There are no real test for high sensitivity but the HSP has outlined a kind of guide features list that make it possible to recognize highly sensitive people in children and adults ".

High sensitivity in adults can have different characteristics based on the education received and how one has dealt with one's feeling different over time. The highly sensitive adults I'm:

A highly sensitive child raised in a family where he felt inadequate, wrong or inhibited by parents authoritarians will find it difficult to mature in adulthood a serene relationship with his own peculiar sensitive nature because he has been accustomed to closing up like a hedgehog to play a complacent role for others but over time it will cause him pain ".

What is the use of high sensitivity?

"Children know from an early age that they are different, they perceive that they are sensitive to how they interface with the world and the way they look at things. In this definition we recognize ourselves later in time but basically we have always known it - adds the psychologist -. Knowing that even a small percentage of the population lives the same condition is very reassuring. Furthermore, it must be considered that sensitivity belongs to animal species as an attribute for survival: without this specification, there would be noempathy, the support. Sensitivity favors progress because it leads to a development in which an empathic, human and rights society is supported ".

Read also: Highly sensitive children: how to value them

"We must first distinguish between those who have had the opportunity to discover this gift and those who have not been shown positively. The former welcome, hug their children and support them while the latter tend to repress or adopt a punitive attitude by replicating one behavioral pattern received. In the second case, again, you can hear a mother say to her child "you are a whiner", "you have no personality", "it's nothing", while for the little ones it is important that parents are supportive. . Even the partner can partly influence the attitude of a highly sensitive mother: those who do not accept this difference, in fact, contribute to suffocating the dignity and personality of these women ".

There are attitudes and precautions necessary to manage high sensitivity in adults and in particular in mothers. Eg:

(There is a list of therapists in Del Paese who are experienced in high sensitivity).

The relationship between mother and baby are both highly sensitive

"There are three magic words that should govern the relationship of a highly sensitive mother and baby and they are listening, heat e comfort - clarifies the expert -: no one in this relationship should feel wrong. The parent has the task of accompanying the child on his journey by not judging his preferences out of the crowd. The support of one developmental psychologist can be a further help ".

In general, the aspects to be taken into consideration in this report are:

The interviewee is Francesca Santamaria Palombo, developmental, educational and well-being psychologist and cognitive behavioral psychotherapist and author of the book "The Power of Sensitive Women" (Red !, 2022).

TAG:
Avatar moms: who are they? ❯