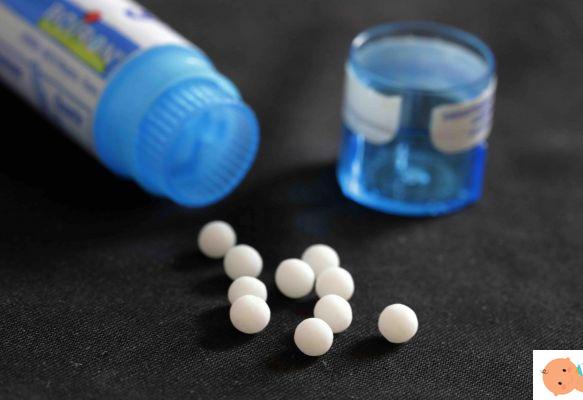 Unfortunately it happens. It happens that children die from the complications of otitis because it is not treated with antibiotics but with homeopathic products. Products that are not drugs and that, in order to be marketed, do not have to prove to be effective but only not to be toxic. The point is, if something doesn't hurt it doesn't mean it's good.

We are talking about homeopathy.

It is a practice that was born at the end of the 700th century, when medicine was very different from the current one, so much so that homeopathy seemed a valid alternative to the available therapies (bloodletting, purgatives, emetics) whose results were often dramatic, as we read in the book. Fresh water? Everything you need to know about homeopathy (Sironi editore) edited by, director of the Mario Negri Institute of Pharmacological Research in our city.


Homeopathy was born in Germany: it was developed by the German doctor Samuel Hahnemann. At that time, there was a joke, writes Giuseppe Remuzzi, research coordinator of the Mario Negri Institute of the city: “more people die from treatment than from disease” and it was true.

In that context of still little scientific knowledge and effective medical remedies, Hahnemann therefore lays the foundations of homeopathy and publishes Organon of medicine.

Hahnemann believes that a substance that causes certain symptoms in a healthy person can be used to treat diseases that give those same symptoms as long as it is administered in very small quantities. This is done according to the principle of similarity: similia similibus curantur, that is, the like are treated with the like.

The active principle must therefore be diluted, with the idea that extreme dilutions make the action more and more effective. And even if that active principle, dilution after dilution, in the end there is no trace (due to a physical law, the Avogadro constant, from the twelfth dilution onwards the active principle has practically disappeared), thanks to the shaking the properties of the substance are transferred to the solvent (water or alcohol). Because the dynamizations would be able to impress a sort of imprint (or memory) of the dissolved substance, permanent even at extreme dilutions.


The dilutions thus obtained are available in different formulations: granules (small spheres of lactose and sucrose soaked in the liquid), globules (about 10 times smaller than the granules) and drops (liquid preparations in a hydroalcoholic vehicle to be dissolved in water) and then eye drops, syrups, ointments etc.

But not for parenteral administration, that is subcutaneous, intramuscular or intravenous: "in these forms in fact the law does not allow the simplified procedure for marketing and it would be necessary to present clinical evidence of efficacy that at the moment no homeopathic remedy is able to produce" explains .

Simplified registration - says the law - is possible only if the homeopathic medicine is intended to be administered orally or externally; it does not bear specific therapeutic indications on the label or in information of any kind referring to the product, and has a degree of dilution that guarantees its safety.


Homeopathic remedies - he writes - are the result of such extreme dilutions of the starting active ingredients that, in most cases, they no longer contain even a molecule of those substances. And in the absence of active ingredient, it is difficult to argue that these preparations can carry out any therapeutic action themselves.

Regarding the effectiveness of homeopathy there is a lack of scientific evidence. Or rather, most of the studies agree that homeopathic products have no therapeutic efficacy. In March 2022, for example, Australia's leading medical research body, the National Health and Medical Research Council, released a relationship stating that there are no diseases or clinical conditions for which there is reliable evidence that homeopathy is effective. Therefore it should not be used to treat chronic, severe or potentially severe diseases, and people who choose it can put their health at risk if they refuse or delay treatments for which there is good evidence of safety and efficacy. It is a meta analysis (i.e. an analysis of research conducted on the effect of homeopathic treatments) which ultimately reaffirms that only the placebo effect can be recognized for this type of treatment. Same conclusion as other studies (a systematic review published in the British Journal of Clinical Pharmacology, another in the Lancet, yet another in Mayo Clinic Proceedings, etc. etc.).

The idea of ​​taking on something that is good for you can actually make you feel better.

That homeopathy lacks sufficient scientific basis to justify its use has been underlined by several sources: the British Medical Association, the Royal Pharmaceutical Society, the National Institute for Health and Care Excellence, the European Academies Scientific Advisory Council in the recent report scientific "Homeopathy". And the National Health Service has put homeopathy on a blacklist of alternative remedy prescriptions not to be reimbursed by the UK health system so as not to waste public money.

How many resort to homeopathy in Del Paese?

According to Omeoimprese, the association of homeopathic pharmaceutical companies, almost 9 million people in Del Paese resort to homeopathy at least once a year. The identikit mainly refers to women (63%) aged between 35 and 54 (55% of the total sample) with good employment and a good level of education.

"Citizens - Nino Cartabellotta, president of the GIMBE Foundation communicates in a note - must know that homeopathic products on the market have not been approved by any regulatory authority: so far a simple notification to the Ministry of Health was enough".

Now even homeopathic products must be (according to directive 2001/83 / EC) in the pharmaceutical handbook and to do so the manufacturing companies must (indeed they had to by last summer) submit the documentation to Aifa (the Agenzia Del Paesena of the drug) necessary to obtain the Marketing Authorization for their products, otherwise they will have to withdraw them from the market by the end of June 2022. This is a simplified procedure that does not require the demonstration of efficacy, but only of their safety.

Simplified route - communicates Aifa - it means that there are no evaluations on the efficacy of the products. More in detail: the homeopathic product is not assessed whether it is really capable of achieving a certain curative effect, the effectiveness in fact, but the quality and safety of the homeopathic medicine is verified, with reference to the compliance of the monographs of the European Pharmacopoeia ( i.e. the set of technical provisions concerning the method of preparation and formulation, the control of raw materials, the methods of preparation of finished products). The safety of the medicinal product is assessed considering all aspects concerning the substance used and the finished medicinal product that allow a safe use of the product. Aifa therefore authorizes if the expected requirements for the quality and safety of medicines are met.

Homeopathic products, although entirely paid by the citizen, enjoy the same benefits of tax deductibility to other health costs. Federfarma data indicate that homeopathic products in 2022 represented 0,8% of the drug market.

In conclusion, what message to give to mothers and fathers to safeguard the health of their children?

“We must be aware that homeopathic products do not cause any risk but also no efficacy. Clinical studies show this, but common sense would also be enough - he says Alberto Giovanni Bloodo, immunologist and head of the Institute for Child and Adolescent Health of the Bambino Gesù Hospital in the city -. There is no trace of the substance they should contain, so even if we believe what we want to believe, we should know that fairy tales don't cure ”.

“The message - he adds , director of the IRCCS Mario Negri Pharmacological Research Institute of our city - is to have faith in science and medicine based on scientific evidence. Vaccines, for example, are among the safest drugs with fewer side effects and it is proven that thanks to them serious diseases, often fatal, have been eradicated. Homeopathy, on the other hand, in its more than 200 years of life has never been able to scientifically prove its effectiveness ".

What to say to those who say: if they have an efficacy comparable to that of placebo, what harm can they do?

“If I drink a glass of water and sugar it definitely doesn't hurt. The pains in this case are only for the wallet. The evil happens when water and sugar are taken to replace medicines with proven efficacy for a certain pathology. And of this, unfortunately, we have recent, tragic examples ”he says.

“They don't hurt - continues Ugazio -. What, then, to say to a mother or father who gives a homeopath to their child with a cold? It is a choice that I do not approve but I do not object: it is a choice that does no harm. However, it is quite another thing to give a homeopathic when the therapy indicated by the guidelines is antibiotic, as for example in the case of bacterial otitis. In short: we must distinguish between ailments and diseases. There are many small daily ailments that can worry parents but that actually pass on their own, in that case a homeopath does not interfere with the healing. But when we have to cure a disease, we have to rely on scientific evidence. And the scientific evidence tells us that homeopathy is not effective. Therefore, doctors should not subtract the assisted person from scientifically based and proven effective treatments ".

This, of course, is not an invitation to abuse drugs, but to use them only when they are needed and if they are actually needed. For the sake of health and wallet.

TAG:
WHO: here is healthy nutrition for adults and children ❯

Perfect baby in 10 steps: what you need to know about newborn hygiene

What is infant botulism, how is it recognized and what are its consequences?

The causes of colic

Meningococcal Vaccine B: Should You Trust?

Newborn colic and the rule of three

add a comment of Homeopathy and children: what science says