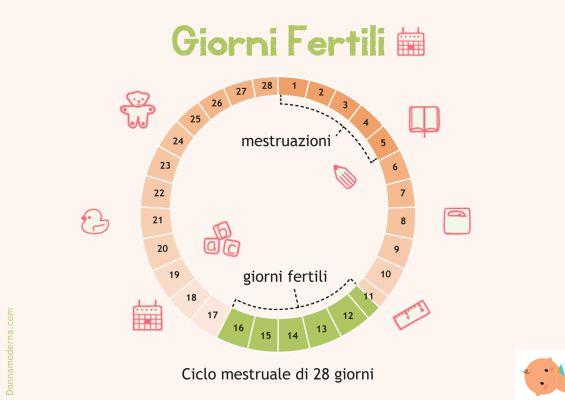 Fertility in the days leading up to ovulation

However, it should be specified that the woman is not fertile only in these 24 hours, but also in 3-4 days that precede ovulation: thanks to the increase in estrogen, in fact, the cervical mucus produces substances that are able to nourish and make the spermatozoa survive in the glandular crypts of the cervix, waiting to meet the mature egg .

Do you want to know when your ovulation occurs? Go to our online service with ovulation calendar

The duration of ovulation

Ovulation lasts for 24 hours, even if the woman is already fertile for 3-4 days before, since, when ovulation is approaching, the uterine cervix produces a mucus that favors the survival of the spermatozoa.

"To be more precise, ovulation, understood as the moment in which the follicle frees the oocyte (or egg cell) that has matured inside itself, it only lasts an hour"underlines the gynecologist Rossana." Once out of the follicle, then, the oocyte it survives in the tuba for about 24 hours, which coincides with the period in which it can be fertilized by spermatozoa. If fertilization does not take place after 24 hours, the egg cell disintegrates ".

There are two symptoms of ovulation:

There may be other symptoms such as:

Is it possible to notice that you are ovulating? Can it be painful? The answer is yes, some women don't even notice it, others feel pain in the lower abdomen or one of the two ovaries.

What to do if ovulation is painful

Generally the pain of ovulation is bearable. But if he is particularly warned, he can take an anti-inflammatory and pain reliever drug.

When does ovulation happen?

If your period is regular, about 14 days have passed since the start of your previous period.

TAG:
How common is my name? ❯

Ovulation monitoring: what does it consist of?

add a comment of How long does ovulation last