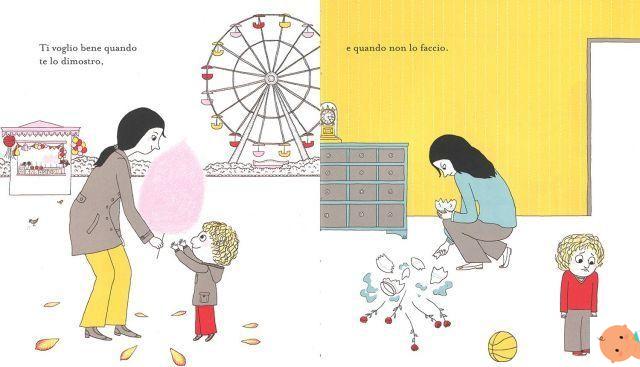 She cries as soon as her mother comes out, he doesn't want to go to kindergarten, he always hangs around his mother's neck demanding her every attention, he has a lot of tantrums as soon as he gets back from work. These are some of the many attitudes of children who are very attached to their mother.

But what leads to this behavior? "Children in the first years of their life are used to being the center of attention", explains Anna Oliverio Ferraris, professor of developmental psychology at the La Sapienza University of the city.

"And at the first experiences of separation you can have two types of reactions: the painless and serene one of a safe child, who begins to explore the world, and the difficult and problematic one of a child who cannot detach himself from the mother's arms".


This depends not only on the nature of each child, from the type of relationship he had with his mother. If she has given him security through smiles, cuddles and coherent attitudes, the child will experience the separation having in mind a stable image of the mother that will allow him to face the distance with the awareness that the mother thinks about him and is next to him. "He will therefore be a safe and independent child" continues the teacher.

"If, on the other hand, the mother has behaviors anxious, nervous, unpredictable or too distracted the child will not have a secure basis and at the moment of separation he will feel uncertain and helpless. "This will lead him to become attached even more, because he will not have formed a stable figure of the mother in his mind, he will not have it - so to speak - "packed" to begin his journey towards independence with his back covered.

Read also: How to educate children about autonomy; Is my child spoiled? Or not