I am leaving anonymously, what the law says 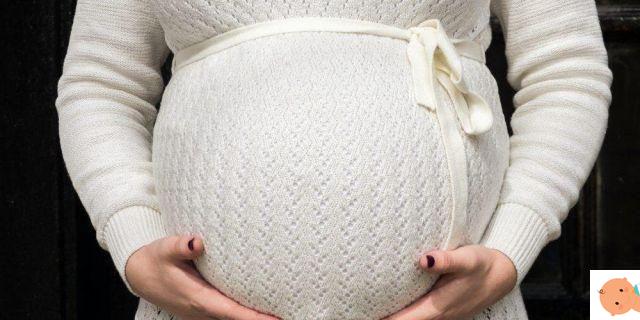 It is always assumed that the arrival of a baby is a wonderful event for any couple. But it is not like that. Sometimes pregnancy it arrives suddenly, without being really sought after, a bit like a bolt from the blue. And there are women who don't feel like becoming mothers. It is not fair to blame him, also because we do not know the real reasons behind it: are you too young? Are there no financial possibilities to raise a child? Do you live in an unstable love relationship? Whatever the reason, pregnancy happens to be unwanted. And in these cases, in addition to voluntary abortion, there is another alternative, little known, but feasible: giving birth in anonymity. A gesture of extreme generosity.

What is anonymity birth

As the term itself suggests, in our country every woman has the opportunity to give birth in hospital, receiving maximum assistance, but without recognizing the child, who in this way can be adopted by another family. Compared to abortion (which is also permitted in Del Paese by law, even if within the first trimester of pregnancy), it is a choice that guarantees a stable and peaceful future for the newborn.

Anonymous childbirth is governed by Presidential Decree 396/2000, art. 30, paragraph 2. Article 1 reads exactly as follows: "The declaration of birth is made by one of the parents, by a special attorney, or by the doctor or midwife or by another person who witnessed the birth, respecting any will of the mother not to be named ".


Inform the pregnant woman about the birth anonymously

During pregnancy, the expectant mother needs very important support, not only from a medical point of view. This aspect is obviously fundamental, but it is not the only one. Especially if difficulties arise or if the woman does not feel adequate for the task that awaits her becoming a mother, the support must be highly qualified and the communication complete and simple. The doctor must present all possible alternatives, including that of giving birth without recognizing the baby.

Even hospitals must be ready to ensure that the pregnant woman does not feel guilty of her gesture which, on the contrary, must be seen as an opportunity for the baby. Recall that the "plan B" could have been abortion ... Hospitals must therefore equip themselves to guarantee the right to privacy for women and children. Both are legal entities protected by law.

As soon as it is born, the baby is immediately recognized as a "person" and, as such, has inviolable rights, such as the right to name, identification, citizenship, filiation status, education, growth in the family. These rights must be respected even if the mother does not recognize it.

The first step is therefore the declaration of birth which must be made within 10 days of the birth. From here follow the birth certificate, the registry identity, the acquisition of the name and citizenship. If the woman wants to remain anonymous, the birth declaration can be made by the doctor or midwife, as expressly provided for by law.

When a child is not recognized by the mother, a report is sent to the Public Prosecutor's Office at the Juvenile Court. The child is therefore in fact immediately "adoptable" and the procedure for finding a family is immediately opened. The newborn is thus guaranteed the opportunity to grow and be educated in the best way.

I leave in anonymity and afterthought

It could happen that, even if the report to the Juvenile Court has been made, the mother has second thoughts and asks to be able to carry out the recognition. Generally this happens when there are particular and serious reasons that prevent it from being formalized immediately after the birth.

What happens in these cases? The procedure of adoptability of the newborn is suspended for a maximum of 2 months during which the mother must have a constant relationship with the child. Recognition can be done after turning 16. If the girl not yet sixteen wants to take care of the child, the possibility of adoption is put on standby until her 16th birthday. However, the child must have an ongoing relationship with the mother.

I am leaving in anonymity and secrecy

For twenty years now, the adopted person also has the possibility, under certain conditions and with certain procedures, to access information regarding the identity of the biological parents. This is established by art. 28 of the 2001 law n. 149. However, the same legislation emphasizes that access to these data is not permitted if the mother has not recognized the child at birth.

So does mom's secrecy prevail over everything? The European Court of Human Rights has ruled that something of the Del Paesena legislation must be modified because it prevents the adopted person from knowing his biological origins, information that could be useful (if not indispensable) in the event of illness.

Childbirth and "cradles for life"

If you are giving birth at home and do not intend to keep the baby, there is a safe solution that guarantees survival. They are the so-called "cradles for life" that were once called "Wheels of the Exposed". They are a kind of "trap door" that allow the newborn to be placed in a safe and secure place, where he will immediately receive assistance and care.

The "cradle for life" is usually placed in easily accessible places and guarantees maximum privacy for those who leave the child. It is equipped with a cot, heating, safety lock and is connected to an emergency service 24 hours a day every day of the week. The child will then be taken in charge and visited. Subsequently, the procedure for adoption begins.

add a comment of I am leaving anonymously, what the law says