Indian mother gives birth to five twins, but she was convinced she was only expecting a child 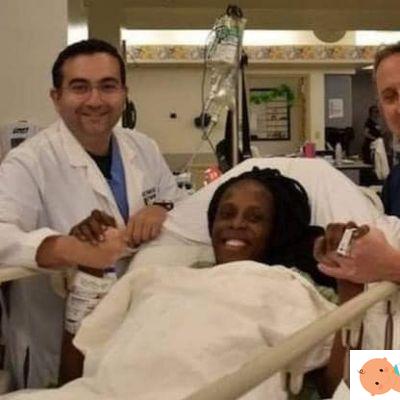 Severe labor pains, the journey to the hospital, the fear of losing another child; the whirling succession of emotions of Manita Singh (25 years old), however, will end with the greatest of surprises: not one, but five daughters, all twins!

The story happened in India, a place of mystery where reality and myth are still inseparable elements today, and it seems to be directed towards a happy ending.

Manita and her husband Mahesh Kumari they had been looking forward to the end of the pregnancy since two years earlier they had lost their firstborn shortly after giving birth, and when the pains were felt just in the twenty-sixth week of pregnancy, the concern was great.


Arriving at the hospital, the spouses and doctors were stunned to learn that Manita was about to end a "pentagemellar" pregnancy.

«I am extremely grateful to God - he writes ilMattino.com in reporting her husband's words - For us it is a blessing. We were shocked and heartbroken over the loss of our first child two years ago. But now I believe God wanted to reward us for the loss. I hope they all survive to give them a wonderful life. "

The five premature creatures were born from a natural birth and despite their low weight (the heaviest just weighs 1 kg), their internal organs seem perfectly developed. The girls still remain under observation.

An Australian mother, Kim Tucci, 26, who lives in Perth (Australia), is expecting twins from her husband. Photographed by the famous Erin Elizabeth, Kim documents her journey on the ...

Little Daisy Mae arrived too early: at 25 weeks. Her father, Wayne, documented the growth and achievements of her little girl with photos and stories by creating a page ...

TAG:
Magnesium in pregnancy: what it is used for and when it should be taken ❯

add a comment of Indian mother gives birth to five twins, but she was convinced she was only expecting a child