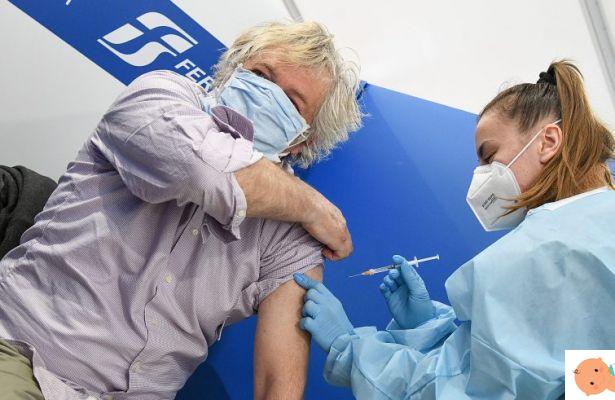 False myths about the disease

1. The flu isn't a serious illness, it's just a bad cold

According to an estimate published by the World Health Organization in December 2022, between 290 and 650 deaths occur each year from influenza-related lung problems.

2. To catch the flu, just go out in the cold without a jacket or coat

False. Influence is one viral disease and you get it through exposure to the viruses responsible. Of course, the flu season is the cold one, so it is natural to associate the environmental conditions with the fact of being sick, but what matters is having been close to someone who had the virus and, through coughing or sneezing (or contaminating surfaces ) passed it on to us.

Read also: Get them out! Because at the nursery and nursery, children should be out every day, even in winter

3. If you have no symptoms, you cannot pass on the flu

False. Infected people can pass the virus on to others by leaving from a day before the manifestation of symptoms, and for 5-7 days after their appearance. Additionally, a small percentage of people can carry - and transmit - the virus even without experiencing any symptoms.

4. I have a good immune system, I don't get the flu

Among other things, the contagion is very easy. As science journalist Debora MacKenzie wrote in an article in the magazine "New Scientist", the flu "is easily transmitted from one person to another through the droplets that we spread by sneezing or coughing, and can be caught by touching a contaminated surface. So almost all of us risk the contagion".

Indeed: according to a scientific study published in January 2022 in the journal PNAS by researchers from the University of Maryland, the transmission of influenza viruses would be even more immediate. You don't necessarily need coughing and sneezing, a simple breath is enough and that's it (the virus).

5. The flu can only be caught once per season

False. Different strains circulate every year, so in theory (and also in practice) you can get sick several times, becoming infected with different strains.

For the same reason, having the flu this year doesn't stop us from getting sick again in the next few years when different strains circulate. That's why the flu vaccine lasts for one year: to make sure you get good protection, it needs to be redone every year.

Myths about the flu shot

6. The vaccine makes you get the flu

7. The vaccine is useless: anyone who gets vaccinated gets sick anyway

Obviously it is false that the vaccine is of no use. Indeed, in general it represents the strategy of prevention more effective than the disease. That said, it is true that its effectiveness is not total and some people can get sick even after having the vaccine: it is estimated that the coverage is of the 60%. In any case, even those who get sick among the vaccinated generally have milder symptoms and run less risk of developing serious complications.

Other reasons you can get sick "anyway" are:

Even if coverage isn't complete, vaccination significantly reduces the risk of getting sick, and doing it severely

8. I am in perfect health, the vaccine is useless for me

False. As we saw in point 4, even those in excellent health can contract the flu. And even if the risk of serious complications is reduced, it still means days of malaise and absence from school (for children) or from work.

Read also: Sick children, when can they go back to school?


The National Health Service provides for the free offer of vaccination against influenza to people who fall in particular risk categories, for example those over 65, children (over six months) and adults suffering from chronic diseases, women in the second and third trimester of pregnancy.

However, this does not mean that vaccination is useless for people outside these categories: for example, there are countries, such as the United States, Canada and Great Britain where all children, even those not at risk.

9. Before I never got sick, ever since I got the vaccine I always get sick

False. The vaccine does not make you sick more: claims of this type are generally linked to false perceptions. Maybe the year you get vaccinated you pay more attention to whether or not you get the flu. Or you decide to get vaccinated just when, for some reason - for example your age - you are most susceptible to infection. As we have seen, the effectiveness of the vaccine is not very high, and in any case the flu-like forms are not covered.

10. They cheat us: if it is true that the virus mutates, how do they say that the vaccine protects against the virus?

No cheating. Precisely because the virus is constantly mutating, the composition of the vaccine varies every year. The choice of composition is made by the World Health Organization on the basis of information that is collected in each hemisphere in each flu season. Thus, the vaccines we use since October / November contain the viral strains that were recommended by the WHO in late February / early March based on what has been observed globally.

11. If I have a high fever, I wait three days and then take the antibiotic

12. A good chicken broth helps you get back on your feet sooner

False. Some studies seem to indicate that hot chicken broth has a beneficial effect against cold symptoms, although there is no definitive judgment on the matter. In any case, what it can do is relieve the symptoms a little, not shorten the time of the disease.

So: certainly during the flu it is important to stay well hydrated, and juices can help in this regard. What is more, they are rich in Vitamin C, which is actually useful for strengthening the immune system. That said, the American National Institutes of Health Center for Complementary and Integrative Medicine clearly points out that there is no evidence that vitamin C can prevent or relieve flu symptoms.

Sources for this article: Atlanta Centers for Disease Control Influence Information Page; Information material from the American National Institutes of Health; Harvard Health Publishing's article on false myths of influence; advice of Pier Luigi Lopalco, full professor of hygiene at the University of Pisa; advice of Adima Lamborghini, family pediatrician in Silvi (Te) and member of the Study Center of the Federation of Paesena pediatricians

TAG:
Influence 2022/2022: the peak is approaching. This is what it looks like in children ❯