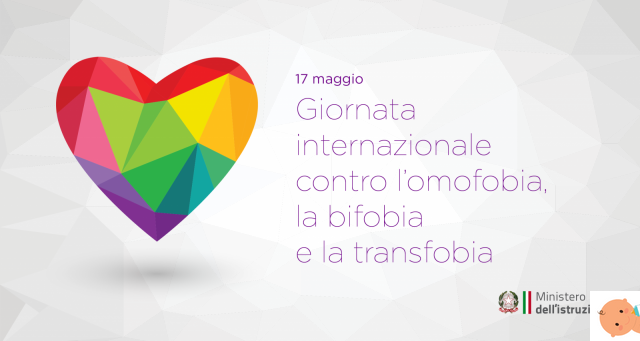 May 17 is the International Day Against Homophobia. The date was specifically chosen to commemorate the decision of the World Health Organization in 1990 to declassify homosexuality as a mental disorder. This day aims to celebrate diversity in a broad sense and sexual and gender diversity, in particular, and to campaign against violence and discrimination suffered by people with gender diversity, in our communities and internationally.

Read also: How to educate children against homophobia

International day against homophobia: the story

There are over 70 countries in the world where same-sex relationships are illegal, and in about 10 of these countries, the punishment could be death. It is estimated that 70% of the world's population lives under laws and regulations that restrict freedom of expression regarding sexual orientation and gender identity. This information comes from the official website of the Day.

The International Day Against Homophobia, Transphobia and Biphobia was created in 2004 to draw attention to the violence and discrimination suffered by lesbian, gay, bisexual, transgender, intersex and all other people with different sexual orientations, identities or expressions of gender and sex. characteristics.

It was the idea of ​​the day Louis-Georges Tin, editor of the Dictionnaire de l'homophobie, the Dictionary of homophobia. The anniversary is promoted every by the International Committee for the Day Against Homophobia and Transphobia and recognized by the European Union and the United Nations.

From the Greek HOMOS himself, himself and FOBOS fear. Literally it means "fear of the same", however the term "homo" is used here in reference to homosexual. The term is a neologism coined by clinical psychologist George Weinberg in his book Society and the Healthy Homosexual, published in 1971. A precursor term was homoerotophobia, coined by Dr. Wainwright Churchill in the book Homosexual behavior among males, published in 1967.

Understood in the sense of "phobic and irrational fear", homophobia is not included in any psychological diagnostic manual as a pathology, it is therefore wrong to think that it is medically a phobia, as the name might lead us to believe.

The data of the Paeseni

According to the data of Long Europe, Del Paese ranks 35th in the ranking of European countries for policies to protect human rights and the equality of LGBT + people. Gay Help Line reports more than 50 contacts a day, including calls and chats. There are more than 20 thousand a year. Most, about 60%, of those asking for help are between 13 and 27 years old. They are boys and girls who are starting to face problems at home, with the coming out. One in two young people have problems and the percentage rises to 70% for transsexual people.

For 36% of minor the reaction to coming out has seen rejection by family members or peers, repression enacted through isolation, imprisonment at home even to the detriment of school attendance, attempts at conversion through pressure on the expression of gender and sexuality, verbal violence and physical violence. For 17% of adult children who contacted the listening line, coming out resulted in the loss of financial support from the family.

How to raise awareness among children

The issue of diversity must be addressed from the earliest years of life. With reading yes, but also with a good example. The World Health Organization has defined homosexuality as a normal variation of human sexuality and as such should be addressed both at school and in everyday life. Here are some books:

TAG:
International family day: how to explain it to children ❯