Invalsi tests: what they are and how they work 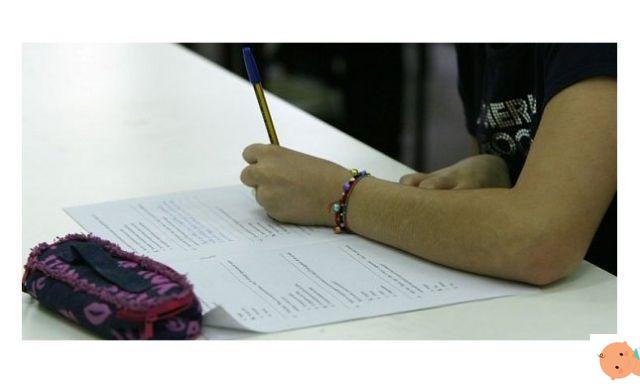 After an experimental three-year period (2004-2007), from the 2007-2008 school year the Invalsi tests have become habitual for Del Paeseni students. «The goal is to understand the level of preparation of our students at national level and, in the case of English, even at European level. An evaluation that complements and completes that of the individual schools »explains Roberto Ricci, head of the national tests at Invalsi (National Institute for the evaluation of the school and training system).

How the Invalsi tests work

The pupils involved are those who attend:

Invalsi tests: what they evaluate

"It is not a question of notional quizzes: that is, one does not ask" when America was discovered "or" how to calculate the area of ​​the triangle ". The questions are designed so that the students have to put into practice the skills acquired up to that moment: it is therefore a question of reasoning and application tests, which measure the capacity for argumentation and critical development of thought ».


(Read also: what are the Invalsi tests really good for)

"Although there are many examples of Invalsi tests online, we do not recommend doing exercises: they are not necessary, because to do them well you just need to commit yourself to school every day".

Evaluation of the Invalsi tests

The tests are evaluated according to levels of results that express the student's skills: «It is important to know that these tests have only one information function and non-evaluative: nothing happens if the student does not get a good result. However, it is an important signal, which is needed by teachers and parents to verify that there is a problem and to put in place the resources to solve it ».

The results of the Invalsi tests

In light of the data collected in recent years, what is the level of preparation of Del Paeseni students? «There are lights and shadows: on the one hand, we have large shares of the population in line with the objectives required for their level of preparation; on the other hand, especially in the higher school grades, there are not negligible shares of students who do not reach the goals of competence that they should have achieved. It's a patchy situation throughout the Paeseno area ».

Un good data is what concerns theEnglish: «The first surveys we made last year with fifth grade and eighth grade students say that our children have reached levels comparable to their European peers in this matter».

Since the Invalsi tests were introduced, however, there is a general improvement all over the country. "It is certainly an important fact: as always, when it comes to school and education, there is always something to improve; but we hope that the Invalsi tests will serve to better focus on the weaknesses on which it is necessary to intervene in order to obtain increasingly positive results ».

TAG:
Itching in pregnancy: how to relieve it, when to worry ❯

add a comment of Invalsi tests: what they are and how they work