Is it possible to go out with a newborn in fog? 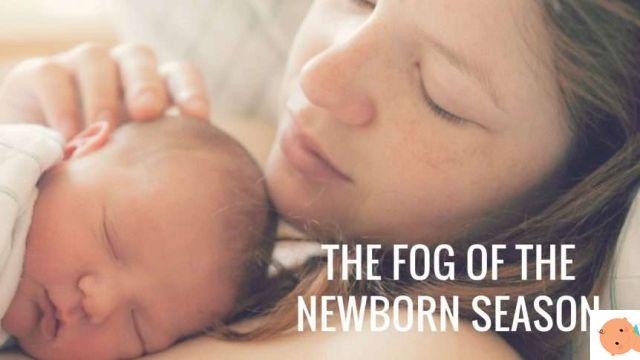 A landscape shrouded in fog is not exactly the most reassuring thing in the world, however there are also those who find it fascinating to move almost blindly among the thick, caliginous banks. But is doing it with a newborn risky for their health?

Although associated with cold and bad weather, fog is not a meteorological phenomenon exclusive to the so-called "bad" season, as it brings into play pressure and humidity of an environment, as well as changes in temperature. The fog banks are in fact made up of many water droplets (water vapor) which, thanks to the passage of warmer air over a pre-existing layer of colder air, condense to form that blanket that significantly lowers visibility.

In particular cases, therefore, if the conditions allow it, fog can occur even in the height of summer. However, precisely because during autumn and winter the nights are longer, it is more likely that the ground will cool down and that the contrast with the air can condense the vapor contained in it.

Read also: Going out with your baby in cold weather: advice from the midwife

Fog: can you go out with a newborn?

Fog therefore is not synonymous with extreme cold and going out with a baby even when the streets are wrapped in that impalpable wadding it does not involve any risk, as long as you go out adequately covered. Indeed, taking walks even during the cold seasons - always well covered and for short periods - will temper the baby and make him grow stronger. Strong wind is in fact the only phenomenon to be avoided in toto (the raised dust can cause irritation or facilitate infections) and you know, when there is fog the air is still.

However, there is a case in which perhaps it would be better to stay at home, that is when the fog - which can appear for various causes - rises due to thepollution. In fact, in very busy areas or near some industries, fog can trap some pollutants (therefore harmful) and increase its toxicity.


Read also: How to tell if your baby is cold
TAG:
Safety in the home and children: the guide of the Ministry of Health from 0 to 6 years ❯

add a comment of Is it possible to go out with a newborn in fog?