Itching in pregnancy, what you need to know 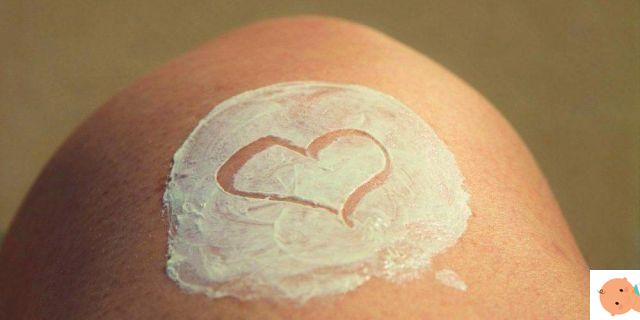 Among you "baby bump", the pruritus is quite common: the cute appears drier, sometimes even scaly, and you feel as if a myriad of microscopic needles are pricking you from the forehead ai piedi. Resist the temptation to scratch it is really difficult, even knowing that this can only make the situation worse. Now we tell you everything you need to know about itching in pregnancy.

The annoying pruritus in pregnancy it is more frequent in the third quarter and it depends on many factors. In particular, it is caused by hormonal changes and corporeal, from the tension to which the skin abdomen and breast (especially from the seventh month of gestation), from the increase of sweating e dehydration cutaneous. A nice mix of things, right?

Soaring levels of estrogen affects skin elasticity, increasing the volume of tissues and the water retention. And just to conclude the "nice" picture, some immunological modifications can contribute to accentuate certain allergies, including food allergies, which are very responsible for itchy reactions.

And also the liver it is affected by all the upheavals you are subjected to. The hormones and the increase of dimensions of the child are also involved in the appearance of specific liver disorders, which are absent in women who are not in pregnancy. It is the so-called cholestasis of pregnancy, a pathology of the liver which occurs mainly during the second half of gestation. The symptoms are pruritus intense, rise in transaminases and sometimes a modest one jaundice (which makes the skin).

Doctors call the pruritus which manifests itself in pregnancy - particularly in the last trimester - "benign idiomatic cholestasis". It is due to the stagnation of bile in the liver and in the biliary tract and determines the change in the quantity of some substances in the blood, in particular of the bile salts which can increase up to 100 times, and therefore cause the pruritus.


Do you want some good news? Even if the pruritus it will tend to progressively accentuate up to delivery, within a few days of your baby's birth it will disappear.

Sure you can't spend the last few weeks a scratch yourself. To relieve the feeling of pruritus you need to keep the skin hydrated by drinking a lot water in order to reduce the water retention. In addition to drinking, try to eat foods that contain water, so as to hydrate you more. Better not to consume fried and elaborate dishes, eggs and salami, so as not to overload too much liver.

It is also important to avoid bath too hot and use detergents delicate. You can also use mentholated talc and soothing lotions or creme a basis of aloe vera e calendula. Me too'almond oil or cocoa butter they can provide some relief.

add a comment of Itching in pregnancy, what you need to know