Lady Diana, 19 curiosities about the sad princess twenty years after her death 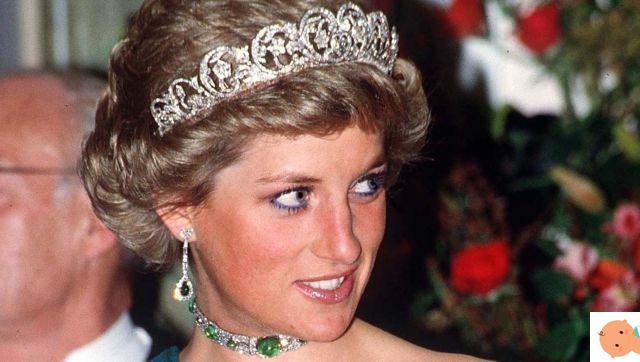 She had an unhappy marriage with the prince Carlo. She was not loved by the queen Elisabetta II, but he was very much so by British subjects. She was engaged in the front line in the social field, especially in campaigns against poverty and the Landmines.

He tried to let his two children live, William ed Harry, a life as normal as possible. We know a lot about Lady Diana, often called 'the sad princess' for that shadow of melancholy that often veiled her eyes. But today, almost twenty years after her disappearance in a tragic car accident, occurred on August 31th, 1997, we want to explore her character better to get to know her a little less superficially. And find that ...


1_ His is one of the oldest and most important British families, closely connected with the royal family for several generations

2 _ Her mother left her husband to follow the lover. Diana, perhaps, never forgave her for abandoning her father. Diana's father, not without effort, after her divorce managed to obtain custody of his daughter

3 _ Both of his parents were hoping for a son to carry on the name of the family, for this reason the child was not initially given a name, until, a week later, it was decided for Diana Frances, in honor of an ancestor of the Spencers

4 _ As a child she dreamed of doing the ballerina, but then she grew too tall and had to abandon that deso


5 _ Up to the age of nine she did not go a school, but studied at home with a tutor. She was never a brilliant student: she failed her high school exams twice

7 _ He worked part time as cleaning lady and babysitter and she was a kindergarten teacher: she loved children very much

8 _ During the engagement Diana got her look wrong several times on formal occasions and once, to console her, it was the princess herself Grace of Monaco in person, who also gave her some advice on how to deal with and bear the enormous media pressure, because "it would get worse and worse"

11 _ Diana has chosen the ring di engagement, with a 12-carat sapphire surrounded by 14 diamonds, directly on the Garrard jewelery catalog. Now that ring was given by William a Kate Middleton, his wife and mother of his two children

12 _ Her grandmother, Ruth Fermoy, was there for 40 years lady di compagnia of Queen Elizabeth II, mother of her husband, Prince Charles

13 _ She has chosen not to follow the royal tradition of the wedding vow in which the woman promises obedience to her husband, saying "obey"on the altar. Thirty years later, in their marriage, William and Kate also followed Princess Diana's example.

14 _ In 1985 he caused a scandal at court for a sensual dance with John Travolta at the White House: she wore a very low-cut and fitted black mermaid dress. Diana actually wanted to dance with that night Mikhail Baryshnikov, a very famous Soviet dancer who has always been his legend

15 _ Diana did not have a good relationship with her mother Frances, which deteriorated even further when she gave an interview in which she disapproved of the divorce from Charles and criticized his connection with 'the Muslims', alluding to the Al-Fayed family

16 _ His sister Sarah she dated for some time Prince Charles, her future husband, before her

17 _ After the divorce from Carlo, he kept the title of Princess but not of real height

18 _ His favorite dish was pudding, a kind of pudding very much in vogue in the British culinary tradition, and often - as her personal chef Darren McGrady said - she would enter the kitchen while he was preparing it to taste some and steal the raisins!

19 _ His grave is up an island in the middle of a small lake in the family property, in Altorp, and can be visited by the most nostalgic and by those who have never forgotten it

TAG:
Lagom and Hygge: 10 tips to be happy (even during the holidays) ❯

add a comment of Lady Diana, 19 curiosities about the sad princess twenty years after her death