Lampedusa, the landing and then the birth: welcome Maria! 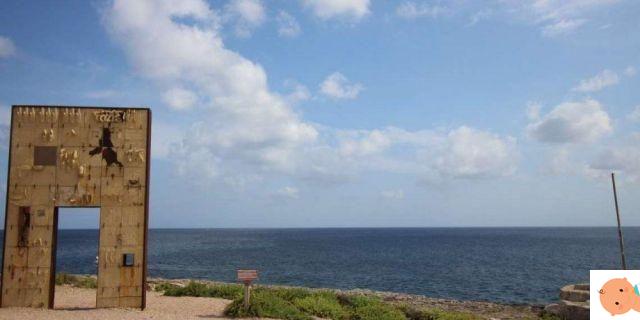 Today we want to tell a beautiful story, one that is always needed, much needed. In a somewhat strange summer, still tormented by Covid and in which thoughts are many, we want to talk about a mother who, at the end of her journey of hope from Africa to the city, gave birth to her baby immediately after disembarkation, in a simple clinic. A story that fills the heart and that we hope will give courage to each of us, to those who are already a mother, to those who will soon be and to those who want it with all their heart and still have not succeeded. We all introduce Mary.

The rescue, the landing in Lampedusa and immediately the transfer by ambulance to the Contrada Grecale Outpatient Clinic. Rita, 38, from the Ivory Coast, already a mother of two twins, was threatening a premature birth. After the first aid of doctors and nurses from the PTE (Territorial Emergency Point) and the swabs carried out on the parturient, the transfer by helicopter rescue to Palermo was arranged, but the lady began labor, assisted and continuously monitored by the nurses.

At 23.40 pm on Saturday 31 July, in the PTE clinic, Maria was born, the name given by Rita in honor of Maria Raimondo, a nurse from Corleone, in the province of Palermo, who has continuously supported and assisted the lady. The team that took care of all the phases of natural childbirth was made up of Michele Bellanca, doctor of the PTE; Carmine Palmeri, coordinator of the Ordinary Medical Guard of Lampedusa; the nurses Maria Raimondo and Salvatore Settecase. Also present was the anesthetist of 118, Achille Tortorici. During the entire period of stay in the Outpatient Clinic, the teams of the emergency disembarkation and the tourist medical guard of the island also did their utmost to assist.

Little Maria weighs 2,5 kg and is in good health, as is her mother Rita.


Immediately after the birth, a real solidarity competition began both between the staff of the Outpatient Clinic and among the people of Lampedusa who donated blankets, dresses and everything needed for the mother and baby girl. During the night, Rita and her daughter Maria were transferred by helicopter rescue to the Ingrassia Hospital in Palermo where they were hospitalized for normal post-partum checks.

add a comment of Lampedusa, the landing and then the birth: welcome Maria!