Language development: when to worry 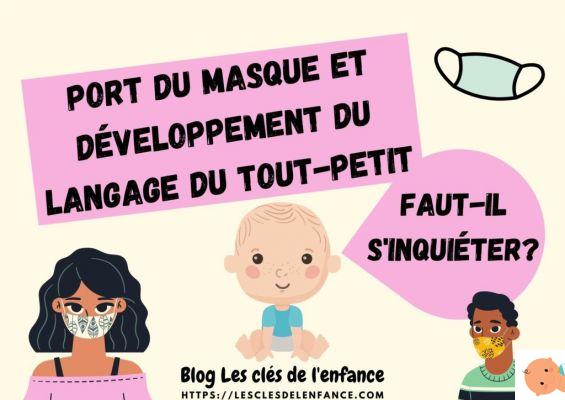 Language development: when to worry

It doesn't happen when they spell "mam-ma" or "pa-pà" for the first time. It does not even begin when we manage to give a plausible interpretation at the first cries. Children's ability to listen and learn language begins earlier, much earlier: it happens in the maternal belly.

For a child, speaking is the result of a much longer learning and internalization process that allows him to interact, but even before understanding the world around him. This evolutionary achievement is made up of several stages but when around the age of 3 the words spoken are still few, parents often worry that the child may have a speech disorder. But when can we concretely speak of pathology? Judit Gervain, professor of Developmental Psychology at the University of Padua, answers.

Listen to the podcast on children's speech

The stages of language in the child

"The journey begins early. We have for 20 years evidence suggesting children begin to learn before birth - said Professor Gervain -. The stages of this journey, however, can be very variable from child to child.

The ear, although not developed, begins to function around the 24-28th week: the baby is able to hear noises in the belly but we must imagine that the signal is not the same as the speech because the amniotic fluid and the tissues filter. There is a different perception of speech, a signal called "Prosody" which consists in perceiving the rhythm and intonation, the musicality of the language. Not words, not definite sounds, then. This listening allows you to familiarize yourself with the mother's voice enough to recognize it from birth.

Furthermore, newborns are able to recognize the mother tongue, which they prefer to hear, compared to other languages. There is an enormous capacity in the first years of life, but also after that, which also allows adopted children, for example, to familiarize themselves with a new language: from a very young age, children will not struggle to be bilingual.

Between 6 and 12 months, indicatively, at a perceptual level they become experts in the mother tongue and from 6 to 9 months they begin to learn the meanings of words, to recognize the most frequent words. The same also applies to grammar: at 8-9 months babies recognize the first rules, such as the order of words in a sentence and always on average, between 10 and 18 months the first word is produced, or rather, it is given. form something that looks like a word. Very often it is a syllable, then they become two, the first or last part of a longer word: in the infant's thought the single sound can already be an attempt to formulate a sentence. At this stage, children understand much more than they actually express.

At around 18 months, the vocabulary explosion occurs: the child's focus is the vocabulary, he learns many words, begins to create sentences and this phase generally lasts up to 3 years.

In the third year, children create more complex sentences: they use the plural, conjugations, morphology and different forms are also present during the third year.

Read also: The first 1000 days of life are important: everything parents need to know

"The presence in the family of people who speak different languages ​​often generates anxiety in parents who fear the onset of language-related problems, but bilingualism should never worry. Bilingualism, on the contrary, has the advantage of forcing the child to a conscious monitoring of the linguistic environment in which he finds himself and therefore to develop his cognitive abilities ".

The child does not speak when to worry

"A true diagnosis of a language disorder should be made no earlier than 3 years old - suggests Gervain - precisely because there are different paths to the conquest of speech, at 12 or 18 months, for example, it is certainly early to define a possible problem. Diagnosis is generally made no earlier than the age of 3. However, evaluating any warning signs is always useful, including:

Read also: Language delay: what it is and how to intervene

"A delay in speaking rarely equals a developmental language disorder - specifies the expert -: in particular these disorders are linked to the morphology of language and therefore the child begins to speak, but makes mistakes.

Delays, on the other hand, can be indicators of a comorbidity, typically in theautism there is a delay in language. Even dyslexia can manifest itself with early signs as early as 3 - 4 years: in this case it can occur that there are not already other cases in the family. There are tests that can be done at the age of 4 to evaluate a predisposition to dyslexia: it involves probing the child's phonological awareness and his ability to associate syllables of a word and sounds. Again, a regress in language in turn it can be a sign of a difficult moment that the child is experiencing under other profiles, especially emotional ones ".

Activities to do to stimulate language

"The more we talk to them, the better: frequency and inputs are important stimuli - adds Judit Gervain - and direct interaction should be preferred. TV and computer are not good because there is no feedback towards the child, the development of language has a biological basis and develops in social interaction: if the speaker sees that his interlocutor does not understand, he uses other words, while if he grasps the concepts on the contrary, it provides positive reinforcement.

When to consult a specialist

"The first useful interlocutor is the pediatrician - comments the developmental psychologist - because she knows the child, has experience of what is typical or not for that particular age group and in case he will be the one to refer the family to a speech therapist or other professional. Even the educators, teachers or other reference adults are an excellent reference to compare your fears of parents with other people who know our child and have observed him over time. Time, in fact, is decisive in determining whether it is necessary to intervene, because a visit on a particular day of tension can be unreliable. The diagnoses of language disorders, in fact, take place over long periods of time precisely because progress or changes can occur. Except that we must not jump to conclusions and that each child has his own time in learning to speak, if the parent perceives an objective difficulty in language, it is better not to delay too long ".

The interviewee is Judit Gervain, professor of Developmental Psychology at the University of Padua, in the Babylab team.

TAG:
Development of the newborn, how the understanding of words and concepts evolves ❯

add a comment of Language development: when to worry