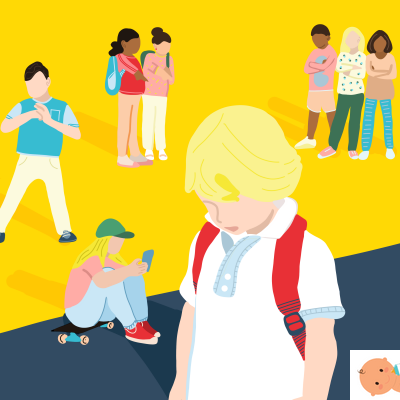 Babies know how to recognize bullies as early as 21 months. According to research byUniversity dell 'Illinois a Urbana-Champaign, published in the journal PNAS ("Proceedings of the National Academy of Sciences"), babies at 21 months would be able to distinguish between the power based on respect exercised by a person who assumes the role of "leader" and that based on fear carried out by a bully.

The researchers showed a 100 children, Between 20 and 22 months, various animated videos depicting a highly respected leader telling a group of characters to go to bed and a violent bully behaving the same way.

In some videos, leaders or bullies remained to see if their commands were followed, while in others, they left after giving orders. In addition, in certain images, the characters followed commands, while in others they did not.

The research examined the tendency of little ones to keep their gaze fixed on one thing, which is an approach used by scholars to measure expectations when children are very young. The method called di was then used "violation of expectation", which is based on the fact that children stare longer at events that contradict their expectations.

YOU MAY INTEREST: What can be done at school

Thus, at 21 months of age, babies can already distinguish between power relationships based on respect and fear and, in particular, recognize bullies.

According to a US survey, stress affects many children, as many as 72% have negative behaviors related to stress. "This phenomenon is ...

add a comment of Leader or bully? A 21 month old baby already knows the difference