Leaks in pregnancy, which ones and when are they dangerous 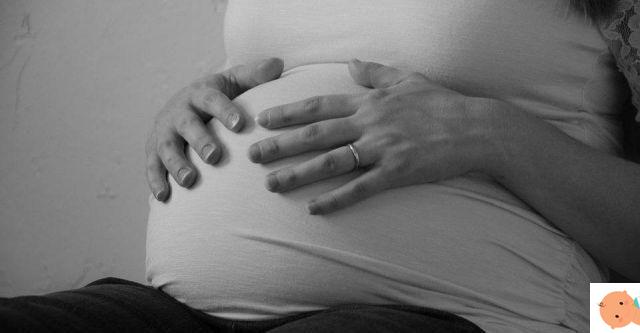 Leakage in pregnancy is a fairly normal phenomenon, especially during the first trimester. They can be of different color and accompany you throughout gestation. In principle, they shouldn't scare you, also because they depend on so many factors. However, if they are of bright red blood they can be the alarm bell of something wrong. So let's try to understand which are the most common losses in pregnancy and when they need to worry.

The most frequent are transparent discharge, called leucorrhoea gravidarum. These occur from the very first days after the conception, sometimes they can be one of the signs that you are pregnant. Often, these secretions are abundant and make it necessary to use a panty liner (which, however, could cause irritation: it is therefore better to change your panties if you feel too wet).

Usually these losses are watery, just slightly filamentous and totally odorless. They are caused by the hormonal changes that accompany all 40 weeks. That is why you may have to deal with it at any time during gestation. Proper intimate hygiene is always recommended.

If the discharge in pregnancy changes color, then more attention should be paid. For example, if they are whitish or tend to green or yellow, they become thick or smelly, or if they look like cottage cheese. Also, if you also feel burning or itching, you should ask the gynecologist. There may be an ongoing infection (such as candida) and your doctor may have you swab. Any germs present in the vagina must be eradicated: the risk is that of a preterm birth.

But we come to the losses in pregnancy that most frighten expectant mothers: the brown or dark red ones and the bright red ones. In short, those of blood.

Especially in the first trimester, you may find small brown spots on the panties. At the beginning of pregnancy there could be the so-called implantation losses, when the egg "settles" in the uterine walls.

In the majority of the other cases they are drops of blood caused by the breakage of a capillary, for example after sexual intercourse, a visit to the gynecologist, or by the "follies" of hormones. If you suffer from constipation, the blood could come from a fissure or hemorrhoids.

If they happen on the days you would have had your period if you weren't pregnant, they are "false menstruation," lasting from a few hours to just one day.

The losses in pregnancy that must concern are those of bright red blood, especially in the first phase of gestation, but not only, and if they are accompanied by abdominal pain or cramps. These losses can be a sign of an abortion threat or an abortion already in progress. They can also signal a placental abruption, an ectopic pregnancy, premature labor.

In short, they are often not a good sign. Don't waste time and call your gynecologist right away or go to the emergency room. At the end of pregnancy, in particular they are mixed with mucus, these losses could indicate that the birth is near.

add a comment of Leaks in pregnancy, which ones and when are they dangerous