Limits: a way to be close to children 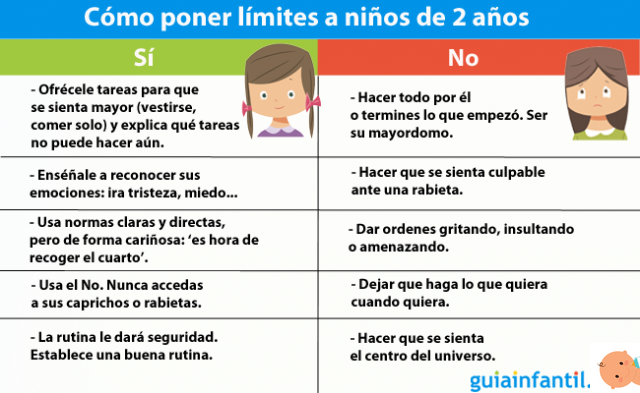 The importance of limits

By the Psychologist Eleonora Damiani

In 1999 Asha Phillips publishes the book I no that help to grow translated from English Saying No. The author highlights the importance of the limits placed on children. But how difficult is it for a parent to be able to say "no"?

Father and mother are human beings with experiences, expectations, fears and much more that boil within them. In the relationship with the child it is often desired to be able to give him everything that one did not have in childhood, trying to reconcile this desire with the education received.

The limit is often feared, both because many of today's adults were yesterday's children suffocated by a rigid upbringing, where containment could tend to devalue the child by resorting to feelings of guilt or emotional constraints. Yet scary as it may seem, to put limits on a child, using one's own modality that is not the result of copied, it is an altruistic choice.

Because you are not bad if you limit yourself

The human being is born, grows and dies with limits. Making him believe that his power is unlimited compared to the surrounding reality is equivalent to deceiving him and betraying him, because it is like making him live in the world of fairy tales, from which sooner or later he will inevitably have to leave to find himself confused and without the personal resources to survive.

Giving a limit to your child does not make a parent bad, but there must be a level of complicity in the couple to discussing separately and choosing together which rules place in the family. Mum and dad, whether they live together or apart, always remain a parental couple and like it or not they lay the foundations for the child's self-esteem, behavior and inner experiences.


A comparison between mom and dad as au pairs

It is therefore important that there is a comparison between peers so that no dynamics arise that expose the child to a triangulation, of the "good cop" - "bad cop" type. If this happens, the child will be deluded with respect to the conception of limit, believing that there is always a way around it. A child or a boy metaphorically and / or physically in the middle between the parents, although on a superficial level he may benefit from some advantages, on an internal level he will be solomonically divided.

The frustration that the child experiences in front of the "no" of the parents will prepare him in the subsequent love affairs, friends, work or other. It is therefore essential that if there are more than one parents, they choose their own coherent rules together, which are good for both and which respect the child as a human being.

In this way the child or young person will not feel at the mercy of the unconscious parental needs of recognition and while feeling the frustration he will perceive the parents close to him in his growth path. The limit in fact makes the human being feel that he is not left in confusion, but that the parent is there next to him to help him form his own opinion. The parenting guidelines trace the path in the path of life that everyone has the right and responsibility with respect to himself to continue to mark alone in search of his own way.

Doctor Damiani collaborates with the Altamedica polyclinic in the city, where she manages individual, couple and group accompanying paths for parenting and PMA (medically assisted programming).

Read also: How to teach children to respect the rules TAG:
The importance of the paternal role in the educational growth of children ❯

The 5 big problems facing parents today, according to an English super nanny

add a comment of Limits: a way to be close to children