Lots of pampering for children 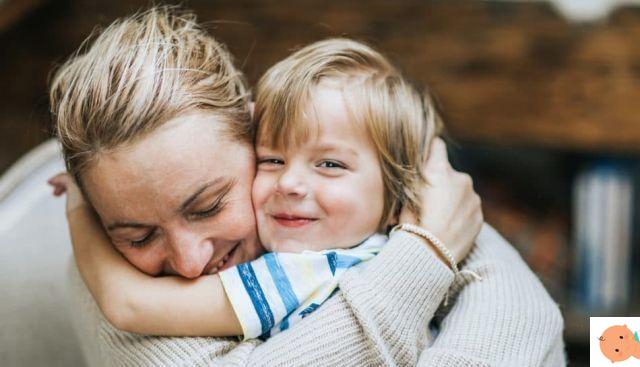 Give your little ones lots of cuddles, they will become less stressed teenagers. This is supported by an American research conducted by the Unice Kennedy Shriver National Institute of Child Health and Human Development (NICHD), published in May in Child Development.

Super busy and indifferent parents towards young childrenAccording to the research, levels of cortisol - the so-called stress hormone - in children would increase, resulting in increased feelings of stress when they are teenagers. The research was conducted on 1000 children, subjected to observation from infancy to adolescence.

Generally when you wake up in the early morning, cortisol levels are quite high - the researchers say - and then they tend to decrease over the course of the day. In children less pampered by their parents, however, the opposite happens: children wake up with low levels of cortisol, which then tend to rise over the course of the hours. A substantial difference, the researchers explain, which could be the primary cause of the stress then experienced by adolescents.


The attention received in the first three years of life and the time spent away from mom and dad, in short, would be decisive elements for healthy growth and a peaceful adolescence.

No alarm, but the researchers' conclusion is quite succinct: `` Kindergartens and childcare centers can be stressful for children, so it is advisable to resort to them only when they are the only possible solution '', said Glenn Roisman, coordinator of the Research.

Do you want to exchange experiences and ask other parents for advice? Join the community now

add a comment of Lots of pampering for children