Makeup for little girls: why it is best to avoid 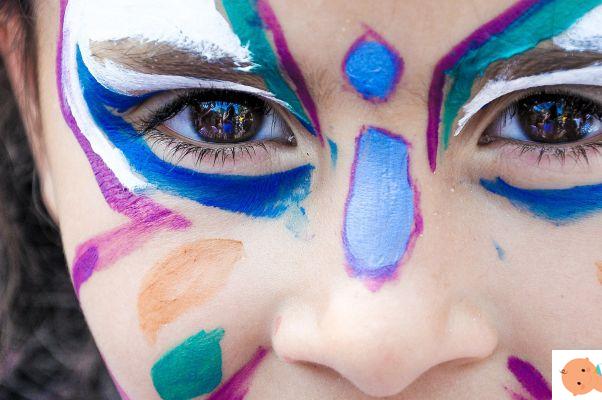 At the playground, kindergarten or birthday parties it happens more and more often to see girls, even very small, made up, with nail polish on their fingers and dressed up in miniature dresses and décolleté that mimic the clothes usually worn by adult women.

«It is a very risky behavior, which arises from the natural urge to imitate girls, who want to play at being grown-up. An attitude that, however, must be managed and limited for their good "warns Elena Urso, pedagogist and owner of the Rossini-Urso studio in our city and author of several books on children's education.

BECAUSE GIRLS GET MAKEUP

“The children must play at being adults, but do not become adults prematurely - continues the expert -. Put on makeup and nail polish it's fun, but only if it remains an activity confined within the home ».

Read also: How to wear make-up during pregnancy


The anomaly in letting your children leave the house wearing make-up is to think that they want to do it for the same reasons as adults: that is, to feel more beautiful and seductive. But this is not the real motivation that drives them.

This behavior, in reality, responds to very common desires in children, both boys and girls: «on the one hand there is the desire to imitate mom; on the other there is the taste and the important function of disguise. In fact, masking themselves is a way for children to preserve and rediscover their own identity, while experimenting with other ways of being, that is, becoming “other than themselves” in a protected context. This is why it is important that in the end they take off their makeup: only in this way will they be able to find themselves and not get confused ».


The problem, in this case, is the lack of borders. «Since we are dealing with children, we think that everything is allowed. But by letting our children go out wearing make-up or dressed up as grown-ups, we do theirs adultization, which can also be very risky - warns Urso -. In girls above all the danger is that of eroticizing a body still childish, without having the tools to understand, elaborate and defend themselves from this process ».


Read also: How to educate a child to respect women


The risk is then also to proceed to a leveling: «why should children want to grow up if everything that adults do and have is granted to them even when they are small? In this sense, growing up is beautiful: it is the prospect of conquering freedom and behaviors that are precluded to us as children ».


A GAME THAT SHOULD LAST SHORT

it is not appropriate for his age

THE IMPORTANCE OF LIMITS

Not much explanation is needed

TAG:
Closed tubes and pregnancy: can you get pregnant? ❯

add a comment of Makeup for little girls: why it is best to avoid