Male pre-adolescence, 5 tips from the expert to know how to behave 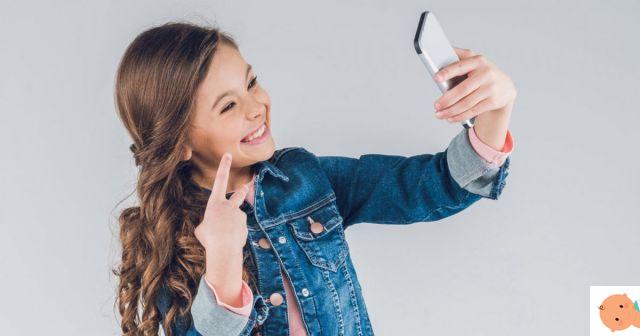 I changes, at whatever stage of life they occur, they have the ability to break a balance. Even if the novelties introduce an improvement, in a first phase, they leave us bewildered.

In pre-adolescence the factors of transformation are so many that they turn into a storm. Suddenly our children find themselves dealing with a body that they no longer feel and that they cannot control. THE physical traits they begin to look more like those of an adult than to those of a child but thoughts and maturity remain anchored largely to childhood.

This conflict manifests itself in emotional difficulties that not all children are able to face serenely. «The main problem of this age - he explains Sofia Bignamini, psychotherapist of the developmental age at the Minotauro social cooperative - è manage the exuberance that can lead to aggression».

La male pre-adolescence compared to the female one happens slightly later and is usually between nine and a half years and thirteen and a half. In this period the physicality explodes that often vents in moments of instinct and anger that alternate with moments of regression and return to childhood. "We go from bold attitudes, like challenging the world riding a scooter, to those in which a mammon side re-emerges" explains the psychotherapist.

Once you have taken note of the change in your body, many centimeters gained in height and first hair, the boys rise to the social stage of the peer group, i.e. their peers, and show off their new identity. Physical maturation early or late, according to Dr. Bignamini, it actively affects the construction of personality of the boy: "those who grow up earlier and live the new aspect well, also thanks to forms of social appreciation, tend to be more bold and in some cases more aggressive, those who develop later, usually, are more reserved and remain at shadow of adults ". In favor of the latter, however, there is the possibility of better managing the transformations on a psychological level because the body begins to grow when the mind has had a few more years of maturation available.

Read also: How to manage pre-adolescence, 5 tips for parents

Within these inner conflicts, the role of the parent is inserted who must be able to accompany their child on this bumpy journey. To do this, we let ourselves be given some advice from the psychologist of the Minotauro Social Cooperative.

Read also: Teens in crisis and "spoiled": 8 tips to manage them

Male pre-adolescence: at what age does it occur?

TAG:
Pre-adolescence in daughters, 5 tips from the expert to know how to behave ❯

add a comment of Male pre-adolescence, 5 tips from the expert to know how to behave