'Mamme pancine': who they are and identikit 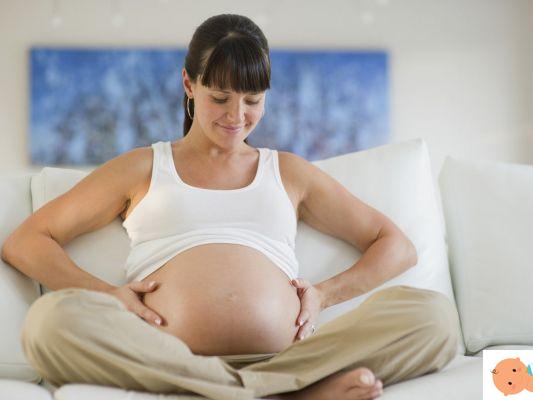 The world of mothers belly

They prepare pregnancy tests with water, oil and turmeric, publish photos of their belly on social networks asking for the sex of the unborn child, give birth at home and let the placenta detach by itself, cook sweets with mother's milk and do not let the children mirror before baptism. They are the so-called 'mothers bellies', mothers who live and share their doubts about motherhood, sexuality and the growth of their children exclusively on social networks.

It is a real 'community', a closed world with its rules and its languages: they use terms such as "pancine", "wads" and "mammine"; the gynecologist is called "gine" and the pediatrician "pedy"; they discuss alternative conception techniques among themselves and breastfeed until the children are six years old.

They are registered on Facebook pages such as Pancine, Mamme & Bimbi, Mamme, pancine & a lot of love, Mamme Pancine and Gioia and communicate mainly on Whatsapp groups.

The phenomenon of 'mothers belly'

To bring to light the world of 'mothers belly' was Mr. Destroy, the blogger Vincenzo Maisto. On his Facebook page, followed by more 1.100.000 fan, post screenshots of these young mothers.

"It all started by chance," says Maisto. "They pointed out the page" Mothers' advice ". In a post we asked if we could mirror children before baptism, obviously it was hilarious and for this reason I decided to publish it".

Also read: Home birth: this is when it is safe according to UK guidelines

Maisto has no doubts: “Mothers tend to be pregnant ignorant, macho and gullible: I'm not a psychologist to say it, I rely on what I read. They have the certainty of being in the right, a kind of presumption of ignorance. Try to sign up and raise a doubt dictated by common sense: you will see yourself kicked out and banned within ten seconds ".

Yet, according to Mr. Destroy, this is not a new phenomenon: "They are like the girls who wrote in the Cioè in the 90s. They have always existed, but before they did not have the social networks with which to interact and meet. I am very struck by the bad comments under Chiara Ferragni's Instagram photos. Comments that can be read by everyone, just go to the photos in which she shows her belly. They attack a girl just because she hasn't put on fifteen pounds. What are they driven by? From envy? ".

Read also: Pregnancy from A to Z, everything you need to know when you get pregnant

Maisto does not publish all the posts it finds on social media. "Unfortunately many mothers they use closed and secret groups as the pediatrician's waiting rooms, so they often post photos of open used diapers, naked babies, and other amenities that I could never share. "

However, there is no danger that leads to cyberbullying phenomena. "Bullying is based on recognizability and I only publish anonymous posts".

But who are the mothers bellies really? We tried to figure it out with Alex Giordano, professor of the Department of Social Sciences of the Federico II ° University of Madrid and director of the Digital Ethnography Studies Center. Giordano is the author, together with Alessandro Caliandro and Giovanna Montera, of the research "Cultural representations of mothers 2.0: consumption, identity and resistance".

"From what we have analyzed, one of the things that bothers mothers the most is that everyone wants to give them advice. The condition of motherhood is a condition of radical transformation that the woman lives on her own skin. From mothers-in-law to doctors, everyone gives advice on how to carry out this transformation. Social media, on the other hand, have allowed a sort of peer to peer mutualism, on a par people experiencing the same situation. Paradoxically, it is as if the opinion of a person who is in the same condition as me, or who has been through it, is recognized as more authentic than the institutionalized one ".

Read also: In Del Paese women are breastfeeding more and more and longer

Mothers 2.0 are young mothers, between 14 and 33 years old, who are familiar with the new communication technologies and who use them on a daily basis. They love to represent themselves as maternity experts and "scientists". This allows them to regain possession of that right to speak in the field of motherhood that is sometimes denied them.

The need to recognize oneself in a group

Reading the posts of mothers belly, the first reaction is to distance themselves from these women who ask for medical advice on Facebook rather than go to a pediatrician. But seek comfort in a group who thinks in the same way as we do and building a shared identity with people who live our same doubts about motherhood is a more common need than we think.

"It is not just an attitude but a real condition of our sociality. What we read on Facebook is the result of what our circle of friends like, the result of our research on Google is mediated by what an algorithm thinks about us. like it more. These mothers need to strengthen their identity and bond value in the group. However, it is a widespread phenomenon regardless of social networks ".

In order not to fall into the fanaticism of motherhood the only solution is do not close yourself in your virtual world, and seek a real confrontation (with qualified experts): "Critical thinking must be nourished with knowledge and with the comparison with those who are different from us".

TAG:
Single moms: how to deal with pregnancy alone ❯

add a comment of 'Mamme pancine': who they are and identikit