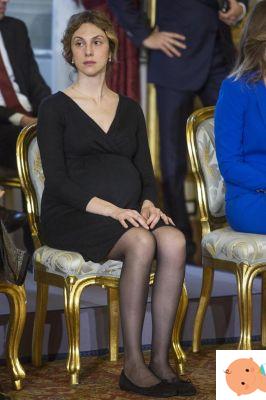 The case of Marianna Madia, new minister for the Public Administration as well as "minister with the big belly"(In a month or so she will become a mother for the second time), is arousing quite a few controversies. They are not only related to her political preparation, on the contrary: in the last few days they have concentrated on that baby bump that should make all women-mothers the same and that instead, apparently, continues to accentuate the differences. For Anna Maria D'Alessandro, who has signed a piece for Io donna, in fact, motherhood is much easier for a minister than for an employee. Especially if the minister stresses that, even after giving birth, he will do it because "it's just a matter of organization, it's full of women who are breastfeeding and working." "Everyone would like to say 'you are all of us' - underlines D'Alessandro -: the very young girls who exorcise motherhood by watching 'Teen Mom' and gossiping on their social networks of school friends who" wait ", their older sisters who postpone looking for a job, those who postpone would not want or could no longer but have not found a decent job. Or yes, and for this very reason they find it harder to leave him. And finally, those that their children have done, have kept their work or have lost it and, in both cases, remember the attempt at reconciliation as the enterprise of life, even heroic in the absence of grandmothers and relatives ". (Read also: Michelle Hunziker at work 4 days after giving birth)


In short, for the commentator, the safety of the Madia “seems to come from another planet. The same one from which, on April 30, 2022, with a ten-day baby girl, the then Minister of Education Mariastella Gelmini declared to the woman: 'I'll be at work at the end of the month. Staying at home after childbirth is a privilege ... going back to work right away doesn't mean not being good mothers, everyone should do it '".

The opinion of Laura Preite, on the other hand, is diametrically opposed, underlining in La Stampa that there is “no choice that can apply to everyone: to go back to work after a month, two weeks, even a week. I wouldn't do it, but if a woman has considered doing it I guess she has good reasons. All ready to criticize Marianna Madia while the reaction was different - almost of jubilation - when the same happened in Spain (the defense minister was pregnant Carme Chacon). Perhaps the Zapatero government was more liked than the Renzi one? I am amazed at the aggressiveness with which one lashes out against these young women ministers. They are not good: too much made up, too young, even too pregnant. No one has dreamed of making Delrio weigh that his government commitments are distancing him from his nine children - yes nine - who will take care of it? And of Renzi, three small children? ". (YOU MAY BE INTERESTED IN: I quit my job for the children: is it the right choice?)

The controversy, however, as well as in the newspapers, also continues on social networks. Where many do not fail to point out that, perhaps, the problem is not what work someone who is pregnant does, but in which country they live. Because (and D'Alessandro also illustrated it in her article) the country is neither France, nor Sweden, nor Great Britain: with us, family policies, unlike other countries, are what I'm. And it is with the shortcomings of our system that we must, in the end, come to terms.

add a comment of Marianna Madia pregnant, controversy over the baby bump