Mature moms: waiting has its benefits 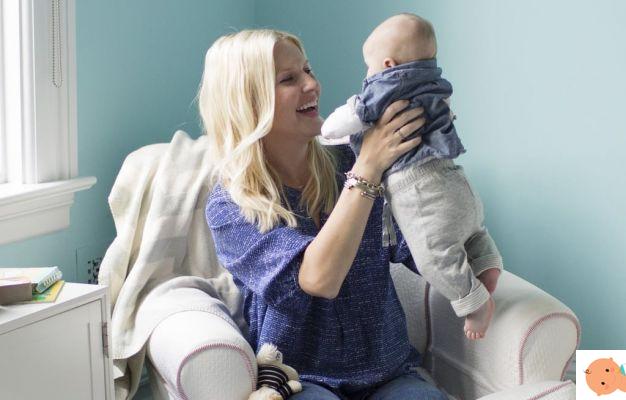 Mature mothers: there are not only "cons"

Whether it is for personal choice or for the new social dynamics, the so-called mature moms - women who decide to have children after the age of 35/40 - are an increasingly consistent number, especially in Del Paese.

The reasons behind this trend can be many: the deso di come true personally dedicating himself first to his career or passions, the need to achieve adequate economic stability or simply waiting for the right moment to engage with your partner in such a demanding path.

Of course, the choice to delay motherhood entails many physiological difficulties dictated by facing gestation with a body no longer very young, yet the same science in the last few has revealed several positives of being a mother at an older age.

Read also: Mom at 40? Here's everything you NEED to know

The cognitive benefits of mothers Over 35

A study that appeared in 2022 in the Journal of the American geriatrics society, for example, wanted to test a sample of 830 postmenopausal mothers to verify how a person's reproductive history can affect their cognitive abilities.

The experiment included a series of steps that tested perceptual, mnemomic, organizational, language and concentration faculties. Well from the final results it emerged as the women who had begun their last pregnancy after the age of 35, on average, they produced better performance in almost all fields, while mothers who had a child after age 24 seemed to demonstrate less ability to concentrate, less memory and less problem-solving skills.

The reason, which has yet to be studied in depth, seems to lie in the beneficial surge in hormones that pregnancy entails (in particular the progesterone and estrogen), which would result in a major upgrade cognitivo after a certain age.

As pointed out by the same lead author of the study, however, this should not be an incentive to delay the pregnancy on purpose.

"We do not want to recommend women to wait 35 years to have the last child - he explained Roksana Karim, from the University of Southern California - this is the first study to provide evidence that there is a positive correlation between older age of the last pregnancy and cognitive abilities after menopause. "

Read also: The education of children with emotional intelligence

A study presented in 2022 by the university Aarhus BSS (School of Business and Social Studies) instead he has been involved in collecting data and research on the growth of children born to mature mothers, coming to discover how the latter are (on average) less likely to develop behavioral problems, social and / or emotional.

This would happen due to a series of factors related to the older age of women. In fact, an "over" mother is more willing to face motherhood with more positivity and determination (often pregnancy is the result of a reasoned and strongly desired choice), it is supported by a relationship on average more stable (many couples decide to have children only when both feel really ready) and tends to maintain the same proactive approach also in the education of children, often supported by a more experience of life gained over the years. Also for this reason, the sons and daughters of mature mothers are statistically less subject to reproaches and scoldings.

“We know that people become mentally more flexible with age, they are more tolerant than others and are emotionally more aware - explained the professor Dion sommer - this is why psychological maturity could explain why older mothers do not scold much and do not resort to "physical" discipline with their children ».

However, even in the light of similar studies that highlight some positive aspects, the "mature" pregnancy still remains a more complicated thing compared to a pregnancy faced at a less advanced age.

In fact, with increasing age the risks of infertility, premature birth, anomalies of chromosomal anomalies of the fetus, placental abruption and spontaneous abortion also increase exponentially. In fact, pregnancy is a very impacting event on the body and puts a strain on every single part of a body which, if not younger, is in danger. not withstand the effort.

Over the age of 35, the repercussions not only affect the child, but also the mother herself. Women over 35 (but especially over 40/45) are in fact more exposed to complications such as gestational diabetes previous placenta, L 'post-partum stops (with need for transfusions) and the preeclampsia.

TAG:
Mothers over 40, how to make the maternity deso ❯

add a comment of Mature moms: waiting has its benefits