Measles: this is how it weakens the immune system, reducing defenses 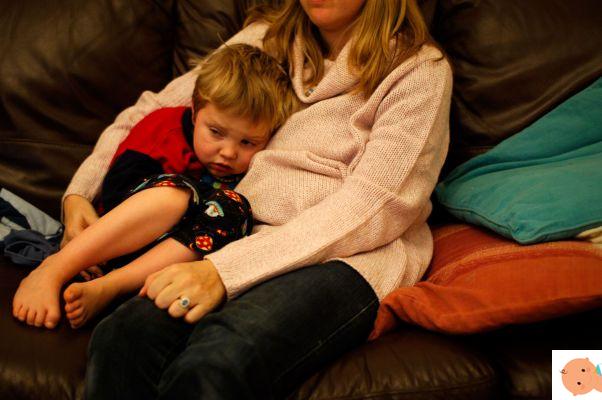 Measles isn't just dangerous in and of itself - as it can lead to serious complications, which can even be fatal - but also because it can compromise the functioning of the immune system for a long time of the organism.

In particular, the results of two studies just published in the journals "Science" and "Science Immunology" show that infection by the measles virus on the one hand induces a sort of immune amnesia of the organism, which can return susceptible to infections it had already faced in the past, and on the other it limits their ability to deal with new infections. All over a fairly long period of time, probably years.

The effects of measles on the immune system

That measles has a decidedly negative influence on the immune system has actually been known for a long time: already in the early years of the twentieth century, an Austrian doctor had reported the case of a child in which the tuberculin skin test (which allows to indicate whether there was or was no contact with the bacterium responsible for tuberculosis) had gone from positive to negative after a measles infection. And over the years, there have been several reported cases of attenuation of psoriasis - a disease caused by abnormal activation of the immune system - in patients who have had measles.


Finally, in 2022, a research team led by Bryan Grenfell, a biologist with expertise in population dynamics at Princeton University, analyzed mortality data in various countries before and after the introduction of mass measles vaccination, and found that in the two to three years following a measles epidemic there was an increase in disease and deaths caused by other infectious agents. To indicate, in fact, a weakening of the body's defense capacity resulting from measles itself.

Read also: Measles: because it's not just about children

A young student, Michael Mina, belonged to the Greenfall research group, who decided to go even deeper into the question and to do so he addressed a very particular population: a group of Dutch Orthodox Protestants, who out of religious conviction do not vaccinate their children, not even against measles.

Measles in children: photos to recognize it

In measles it is a childhood exanthematous disease caused by an airborne virus. It has no severe symptoms, mainly causes a rash, ...

With a group of colleagues, Mina analyzed blood samples from 77 unvaccinated children, before and after they fell ill with measles during an epidemic that occurred in the Netherlands in 2022. Specifically, the researchers used a test called VirScan that allows them to simultaneously analyze the presence of antibodies against thousands of viruses and many types of bacteria.

We remind you that the presence in the blood of a specific antibody against a certain infectious agent is a sign that the organism has met that agent in the past and that it is ready to attack it massively and quickly in case of a new encounter (we speak of immune memory). Well, the VirScan revealed that unvaccinated children lost 11% to 73% of the antibodies they possessed before they contracted measles after the disease.

In practice, this means after measles those children had lost part - in some cases a good part - of the immune defenses they had built up over time, remaining uncovered with respect to the possibility of getting sick from diseases already dealt with. But beware: a similar analysis carried out on vaccinated children showed that, on the contrary, vaccination does not involve loss of antibodies.

According to the authors of the study, published in the journal "Science", the only way to reconstruct that natural "biodiversity" of antibodies would be to expose the child again to the infections in question (with all the inconveniences and risks that this entails) or, when possible , vaccinate them (for the first time or again, if they have already been vaccinated) against them.

Attack on B lymphocytes

To better understand the cellular basis of the phenomenon, another research team, led by Velislava Petrova of the Wellcome Sanger Institute in Cambridge, Great Britain, conducted further analyzes on blood samples from a subset of the children Mine studied. Thanks to this new analysis, it turned out that after infection there is a reduction in the number of cells responsible for the production of antibodies related to infectious agents encountered in the past, the so-called memory B lymphocytes.

Not only: there is also an impact on other type of B lymphocytes, called naive and appointed to fight rare infections, the correct maturation of which is prevented.

On the one hand, therefore, the measles virus destroys the "memory" of some infections encountered in the past, making them susceptible to infection again. On the other hand, it hinders the immune system's ability to deal with new infections.

Although it is not yet clear what the precise consequences of these cellular events are in terms of subsequent mortality, for the authors of these studies the results obtained are sufficient to reiterate once again the importance of measles vaccination. To avoid a dangerous disease in itself, due to the complications it can lead to - the World Health Organization recalls that worldwide, from 2000 to 2022, measles vaccination saved 21 million lives - but also to avoid being defenseless against other infectious diseases.

TAG:
Morelli: ONLY the mother must choose the name of the child ❯

add a comment of Measles: this is how it weakens the immune system, reducing defenses