Medicines for children: which ones to administer and when 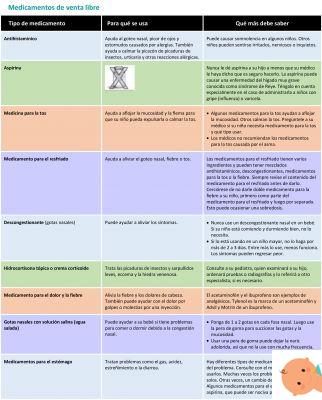 There are few medicines that are normally used in pediatrics and each of these should always be administered after consulting the pediatrician. This applies in general, but not for paracetamol, the first choice antifebrile for little ones, which all parents should learn to administer correctly on previous instructions from the pediatrician. Here are the medicines that you are likely to have to use in the first year of life.

It can happen that you accidentally administer an expired drug. Contrary to popular belief, no medicine becomes toxic after expiration. The danger is only linked to the possibility that its therapeutic effect is no longer guaranteed. In fact, the effectiveness of a drug tends to decrease as the time following expiration passes.

But beware: a medicine that has expired for three days almost certainly performs its action adequately, while it is possible that a drug that has expired for years no longer has any power. In principle, a drug that has expired less than seven months can still have a satisfactory curative effect, provided that it was only opened at the time of intake. In fact, expired medicines that have already been opened lose their effectiveness more quickly. The possible appearance of stomach ache and / or vomiting after taking an expired drug orally may instead depend on the fermentation of the excipients, which are the substances that improve the taste and absorption of medicines. This can happen especially if there are sugary substances among the excipients. The symptoms are however destined to disappear in a short time, without consequences.

Children's drugs, instructions for use

All about the eleventh month of the newborn

Do you want to compare yourself with other parents? Enter the forum, baby section 0-12 months

add a comment of Medicines for children: which ones to administer and when