Michela Quattrociocche is a mother again 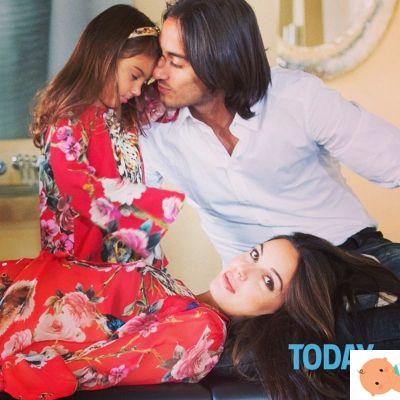 The announcement was made by the new mother herself on Instagram: the photo of a hand and the caption "And then you came .. My Diamond".

We used to see her as a little girl, a high school girl full of energy like the one that made Raul Bova fall madly in love. Michela Quattrociocche, on the other hand, has grown up. And on 3 November she became a mother for the second time: after her Aurora, born three years ago, the second daughter of the actress was born, whom mom and dad (the footballer Alberto Aquilani) called Diamante. The announcement was made by the new mother herself on Instagram: the photo of a hand and the caption "And then you came .. My Diamond". (See the database of names)


Just a few hours before, Quattrociocche had posted on the social network the last photo of an expectant mother: a tender image of the naked belly, which already hinted that the pregnancy was really winding down. And in fact it took a few hours and her new photograph of her with her daughter appeared on her Instagram.

The actress's husband actually wanted a boy. But, Quattrociocche had told in a recent interview, in the end he got used to the idea of ​​being blessed among women. "Now he is happy - explained the actress - but as soon as they told him, here ... silence fell". (You might be interested in: Is it possible to influence the sex of the unborn child ?, from the forum: the sex of the child)

add a comment of Michela Quattrociocche is a mother again