Michela, the baby born at 23 weeks 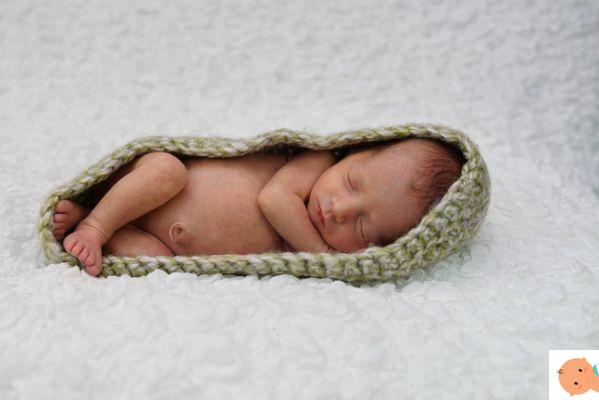 The expected date of delivery? It would be in a few days, April 26th. But little Michela left the Sant'Anna hospital in Como a few days ago after staying there for 101 days. The little girl was born on December 31 last, at only 23 weeks of gestation. A premature birth record broken only by some Japanese babies, born at 22 weeks.

"The story of Michela - explained the primary of the neonatal intensive care, Mario Barbarini - is really rare. The scientific literature in fact reports that only some Japanese children, born in the 22nd week of gestation, survived, evidently for genetic reasons". (Read the story of Pio, born at 24 weeks and told by mother Johana)

Coming to light with an emergency caesarean section, due to an ongoing infection of mother Rosetta, little Michela weighed 460 grams at birth. Her weight then dropped to 400 grams due to the physiological decline. The newborn was hospitalized in the Neonatal Intensive Care Unit of the Sant'Anna hospital in Como until last April 11 and she is now at home with her mom and dad. She weighs 2kg and 400g and is fine.


"The child reacted well immediately: it is the strength that I saw in her that led me to be optimistic "explains the head of neonatal intensive care, Mario Barbarini to Corriere.com. For three weeks the situation was critical." Only when she started breathing alone did we I could tell Mom and Dad that their little girl would make it, that there was a future for her. As the weeks went by, we were also able to rule out permanent damage. "

"Her will to live made the difference" assure the doctors who have followed her in recent months.

The story of Pio, born at 24 weeks

4:35 am: you are born my chick. You broke the waters and come into the world with a natural birth after 30 hours of labor. I see you on the fly, a cry similar to a meow and small, very small that instead of hugging your mother you immediately had to face suffering.

And so began our, indeed your ordeal. Your 4-month-long battle in intensive care.

I went in, I looked at you. I opened your "PLASTIC HOUSE" and my hands as big as you were trying to graze ...

From the forum: the experience and stories of mothers of premature babies

add a comment of Michela, the baby born at 23 weeks