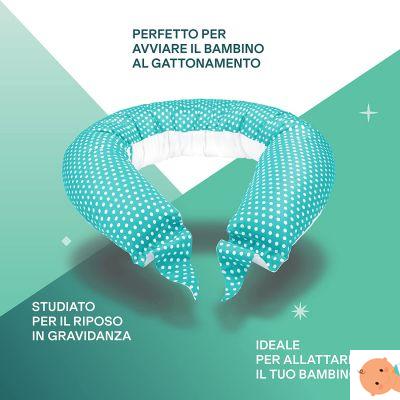 When is a baby premature?

Babies who are born more than three months before the calculated date are considered premature. Thanks to medical progress, the chances for most of them to survive even without consequences are good. But especially children who are born before the thirty-second week of gestation or who have a very low weight at birth (under 1500 grams), despite all efforts, sometimes have to struggle with complications of a certain severity. For this reason, doctors always try to avoid or delay a premature birth as much as possible. And the methods available to do this are different.

Why do the contractions come so early?

Premature births can have several causes: perhaps a change in the cervix - whether they are myomas or the consequences of a previous tissue removal ('conization'). An excessive amount of amniotic fluid can also lead to an early birth; as well as hormonal disturbances or a detachment of the placenta prematurely. Smokers also have a significant risk: another reason why those who are pregnant should stay away from cigarettes! There may be a disease or malformation of the baby, and even multiple pregnancies very often do not last more than 40 weeks, among other things because the uterus can be too tight. The muscle receptors register an advanced pregnancy and the cup reacts with oxytocin, a stimulant of contractions. In the case of women who have already had an abortion, the cervical canal is widened, so that its retention function can weaken prematurely. If the mouth of the uterus opens, the uterus responds with contractions.

Smokers are at greater risk!

Sometimes, however, the birth is first consciously provoked, for example if the mother risks her life due to the disease, as in the case of a HELLP syndrome. And doctors sometimes decide for an early birth even if the baby is not sufficiently fed in the mother's body.

Today, however, it is known that the most frequent cause of premature births or (in the most serious case) of advanced abortions (after twelve or more weeks) is represented by infections of the vagina. "We can assume that at least one third, but perhaps even half of all premature births are caused by one of these infections," says Professor Erich Saling. Since the nineties the luminary has been working at the "Erich Saling Institute for perinatal medicine" on a "project for the prevention of abortions" followed, among other things, by ELTERN (edition 12/1993).

In the worst case they even penetrate and directly threaten the life of the fetus. If "only" the chorion become inflamed, they become weaker and weaker. And the possible consequence is a rupture of the fetal membrane. As if that weren't enough, certain hormones, prostaglandins, are formed during this process. They make the cervix less stiff and can cause premature contractions.

What warning signs are there?

Expectant mothers should be very attentive to their body's signals. Because there are often important signals on the pitch. If these signs are recognized at the right times and identified correctly, the worst can often be avoided. So in case of bleeding, belly pains, persistent diarrhea or fever, go to the doctor once more, rather than once! The doctor will first look at the mouth of the uterus and check if it is still closed. With the ultrasound, he will then measure the length of the cervical canal: if this is too short for the week of pregnancy you are in, there may be a risk of premature birth. However, in a third of cases the doctor after a verification of this type can give the all-clear signal. But if the contractions start early or if a rupture of the fetal membrane is noted, the expectant mother should not waste time and go to the hospital right away.

Also, during pregnancy, attention should be paid to ailments that are generally considered harmless. Thus, for example, a connection between premature birth and a disease of the periodontium has been recorded several times. As these pathogens have been seen to cause premature birth, doctors today see inflammation of the gums as a pretty clear warning sign: the female immune system is often severely compromised in these cases and is no longer able to defend itself against it. really dangerous pathogens inside the vagina.

It is well known that too much stress can lead to contractions prematurely. Similarly, according to research dating back to 1995, 65% of women who exhibited symptoms of premature birth were found to be suffering from stress. The connections to date are not yet fully clear. It is certain that stress also negatively affects the immune system. But researchers assume that too big a year still favors infections. So you should take your doctor seriously when he advises you to keep up with you.

Eltern.de tip: With this premise, the advice to pregnant women to keep up with themselves and their health makes even more sense. A healthy and balanced diet, for example, not only strengthens the immune system, but also the vaginal environment. And sports by the ton helps eliminate stress.

It does not matter whether it is done by the pregnant woman or by the gynecologist. As soon as a change in the environment of the vagina is detected, appropriate measures can be taken. As long as the woman does not have infections, she will try to restore the natural acid environment by inserting more lactobacilli and possibly helping with a lactic acid preparation to be inserted into the vagina. After about two to a maximum of eight days, the pH value has normalized again in most pregnant women.

If there is already an infection taking place, or if the fight against it is at a crucial point, think about local treatment with the right medicines or in case of using antibiotics. Normally, however, this measure is used only if the pathogens have actually already risen in the cervix.

Are repeat miscarriages a fate?

Unfortunately, some women already have several premature births or miscarriages behind them. "In these cases it must be assumed that the assumptions that in previous pregnancies led to premature birth can also be repeated in the future," explains Professor Saling. If there is an abnormality of the vaginal environment, the woman can naturally begin to strengthen it, for example by enriching it with lactobacilli when she intends to undertake a new pregnancy.

Often this operation is performed in the period from the twelfth to the sixteenth week. According to some studies, therefore, about 80% of pregnancies could have been continued, and this in women who, according to previous pregnancies, could have generated only 17% of children still alive. It is of course advisable to have such an operation performed only in a specialized clinic, and there are a lot of them. The list can be found on here .

Can I still have a natural birth after a total closure of the uterus mouth?

How can you help the baby if the birth cannot be avoided?

Despite all the efforts of medicine it happens more and more often that the process is too advanced to be able to keep the pregnancy going. But today, specialists can still do a lot for you and your baby. Erich Saling: "The goal is to give the child the best possible starting condition." For example, the maturation of the fetus's lungs is accelerated by administering adrenal cortex preparations to the mother. At the same time, she is given a series of medicines against contractions on a regular basis to delay childbirth. Naturally, everything is carried out in a clinic with a premature ward, so as to allow the baby to be immediately treated in an optimal manner.

add a comment of Modern medicine helps to maintain pregnancy