Mommy's voice is a powerful pain reliever for premature babies 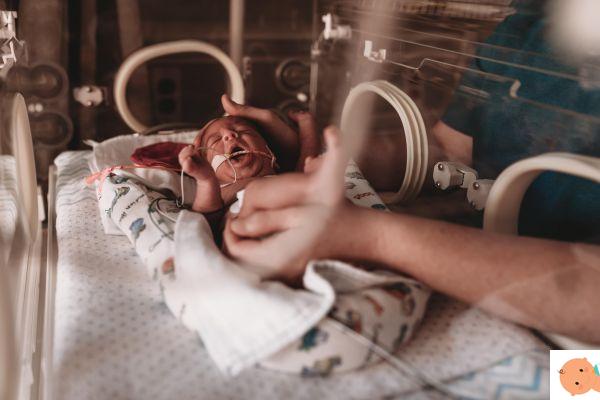 The mother's voice is a powerful "pain reliever" for children and often manages to "relieve" their pain: it can be easily assumed.

Research has found that babies, as long as they are in the womb, learn to recognize the mother's voice and that if the premature babies listen to the words or the song of the mother while undergoing medical procedures, they perceive pain less.

Premature babies, less pain if they listen to mom's voice

Premature babies often stay in an incubator for a long time and undergo various and complex medical procedures. Scientists worked on a sample of premature babies fromParini hospital in Aosta and they asked the mothers to be present during the daily blood tests.

In particular, they were detected three phases within a day: a first injection was given in the absence of the mother, a second with the mother talking to the baby and a third with the mother singing facing the baby.

In order to assess the suffering of babies, the PIPP model (Preterm Infant Pain Profile) was used, which also detected physiological parameters and facial expressions.

The results of the observation were clear and important: if the mother spoke to the baby, the level of pain perceived by the newborn was significantly lower and, at the same time, the levels of oxytocin.

Read also: The sweet effect of a mother's voice on her children

Therefore, parents in neonatal intensive care can modulate the psycho-physical state and behavior of their premature baby not only with "skin-to-skin" contact (pouch therapy), but also through voice, which triggers a strong emotional contact with the newborn.

It was also found that the voice of the parents it is able to support the physiological stability of the premature baby, causing a significant decrease in critical events such as bradycardia, apnea and hypoxia, and increasing the onset of states of calm.

The researchers also found that if the premature infant in NICU is exposed to the voices of the dad or mom, it reveals significantly higher linguistic and cognitive scores at 7 and 18 months.

Finally, the scholars have highlighted that vocal contact with the parents causes the reduction of pain in the preterm infant, influencing the oxytocin system, thus generating an increase in endogenous levels of oxytocin, the hormoneattachment (related to pain and stress).

Read also: Oxytocin: what it is and what it is used for TAG:
The clothing of the newborn ❯

An octopus-shaped puppet for premature babies

Famous people who were born premature

Premature babies and breastfeeding, how to regulate

Neonatologists and pediatricians: "Single check is fine, but help is needed for the families of premature babies"