Mononucleosis: the most common questions 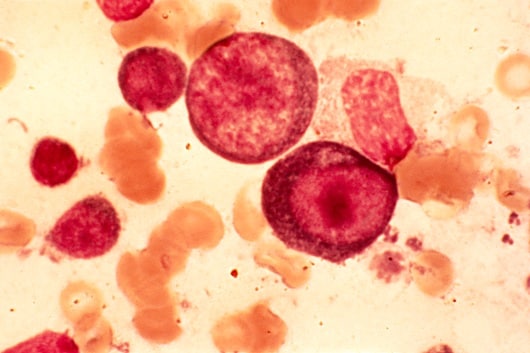 Mononucleosis is a disease caused by the Epstein-Barr viruses (EBV1 and EBV2) belonging to the herpes viruses) which attack B lymphocytes.

"There are no reliable data on the spread of mononucleosis - says Alberto Villani, Head of General Pediatrics and Infectious Diseases of the Bambin Gesù di Città Pediatric Hospital - because very often this disease has very nuanced symptoms, which make it mistaken for other forms of infections, therefore it is not diagnosed. To be more precise, only 5-10% of those who get mononucleosis have manifest symptoms, another 10% have vague ailments, such as sore throats and small spots on the skin, while most of individuals who come into contact with the Epstein-Barr virus have no symptoms.


However, it was found that, if in adulthood the search for antibodies in the blood is done, in most cases the result is positive, a sign that the individual has had contact with the virus in the past ".

Mononucleosis occurs mainly after the age of two and in particular in adolescence (between 15 and 24 years, maximum peak), it is rare under 2 years and after 40 years. To learn more read also mononucleosis in children and adolescents

Mononucleosis does not always give symptoms. Furthermore, the younger the child, the less evident are the manifestations, while in the older child and adolescent it is easier for him to give signals, which are different depending on the stage of the disease.

Subsequently, the most typical symptoms of the disease appear: inflammation of the throat, red patches on the palate, swelling and the presence of secretions on the tonsils, which resemble the classic plaques of tonsillitis and which make swallowing difficult and painful; high fever, around 38-39 °, at least in the most critical phase of the disease; swollen glands in the neck and, less frequently, other sites, such as the armpits and groin; in about 10% of cases, an exanthema similar to that of measles may also appear, sometimes caused by the same toxins as EBV, but more often linked to the intake of a certain type of antibiotic, amoxicillin: that is, if the child takes amoxicillin (perhaps because mononucleosis is not recognized and a bacterial infection is thought to be), may see patches appear all over the body. This reaction is practically an extra sign that it is mononucleosis.

In adolescents it is very easy for the spleen (splenomegaly) and the liver (hepatomegaly) to enlarge. Less frequently, there may be swelling in the eyelids.

The incubation period is approximately 10-15 days in children, 1 month to 1 XNUMX/XNUMX months in adults. Mononucleosis is contagious from the moment the first symptoms appear, while it is not contagious in the incubation phase. The duration of the contagiousness is variable: if in the great majority of cases the virus is eliminated in a few weeks, in some subjects it can remain in the saliva even for many months. A person can be said to be contagious as long as the IGMs are positive, a sign that the virus is still circulating in the body.

If you are suspicious, a blood test is done to determine the indexes of infection, transaminase, bilirubin, but above all, the search for specific antibodies to EBV is done, with the dosage of IGMs, which signal the infection in progress. and the IGGs, which are the 'memory' antibodies because they remain over time and are the trace that the infection has occurred.
Other tests, such as the Paul-Bunnel-Davidsohn reaction, the so-called monotest and the monospot, are now considered out of date.

There is no specific therapy for mononucleosis. The best cure is to keep the baby at rest and possibly give acetaminophen if there is a high fever. Antibiotics should not be administered, because it is a viral disease, unless bacterial superinfections arise, which are infrequent among other things, which must be ascertained by the pediatrician.

In selected cases, there may be an indication for the use of oral cortisone, for example if the tonsils are so bulky as to cause difficulty in breathing or if the spleen is really very enlarged. But again it must be the doctor who determines the need.

In the vast majority of cases, mononucleosis is a troublesome, but not serious disease that has a benign course. After the initial phase with mild symptoms, which lasts 7-15 days, mononucleosis has an acute phase of about 15 days, with the appearance of the most important symptoms, after which most of the disorders disappear spontaneously. Fatigue alone can last for weeks or even months.

Mononucleosis: photos and pictures of the "kissing disease"

Also known as "kissing disease", mononucleosis is a viral infection caused by a virus that belongs to the Herpesviridae family, ...

Mononucleosis is also called kissing disease because kissing is the preferred transmission channel, as the virus is carried by saliva droplets. This means that the infection also occurs through coughing and sneezing, as well as through sharing glasses, cutlery or lipsticks used by an infected person.

More info in the article Mononucleosis in children and adolescents

add a comment of Mononucleosis: the most common questions