More attractive men after the birth of a baby 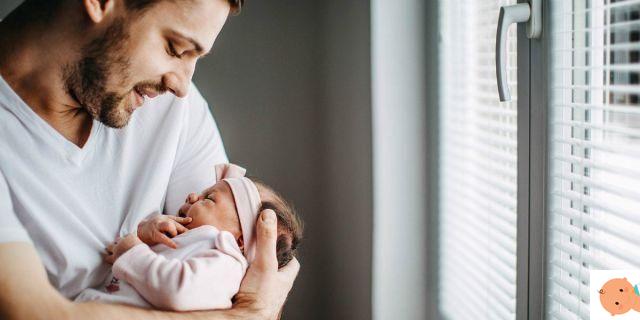 Women may well be at their peak during pregnancy, but dads take revenge after giving birth: Research published in the Journal of Gender Studies reveals that after the birth of a child mothers feel less beautiful than before, while fathers feel more attractive. According to the study authors, Alicia D. Cast, Susan D. Stewart and Megan J. Erickson, "the reason is probably that giving birth to a child raises the man's sense of masculinity, but also the fact that, in public, new fathers receive much more attention when they go out with their newborn than when they go out without ".


The study started from the consideration that many researches, in recent decades, have examined the physical experiences of women with respect to pregnancy, childbirth and the postnatal period, while men are generally not calculated. Yet, the researchers argue, "becoming a parent is much more than a physical event: it also has a symbolic meaning in society, and as such it also has consequences for fathers, so much so that many experience the same symptoms during pregnancy as their partner (fatigue, pain back, depression) ".

FIND OUT EVERYTHING ABOUT POST-PARTY

The research therefore took into consideration 182 couples of newlyweds, concluding that women who had had a child during the first year of marriage, two years after the wedding, felt less attractive than the previous year, while for men exactly the opposite happened: those who had become fathers in the first year of their marriage felt significantly more attractive two years later than when they were not parents. The same sensations, but to a lesser extent, were also recorded for couples who had a child in the second year of marriage.

“The study - is the conclusion of the researchers - indicates that women feel less physically attractive after the birth of a baby, while men believe they are more so. This can be due to several factors. First, changes in one's body can negatively affect one's judgment of one's physical attractiveness, and this is especially true for women: in the early stages after childbirth, mothers generally have little time to exercise, to heal their hair. , makeup and clothing, which obviously makes them feel less beautiful. On the contrary, for men having a baby can serve as a social signal of their masculinity, and therefore increases self-esteem and the feeling of being physically attractive ”.

The research, however, also highlights a curiosity: neither the wives nor the husbands of the couples examined have noticed any changes in the attractiveness of their partner before and after childbirth.

Have your say! write in the comments or in the forum, the mothers corner

TAG:
Clear egg, blind or anembryonic pregnancy: what it is and what it entails ❯