Morelli: ONLY the mother must choose the name of the child 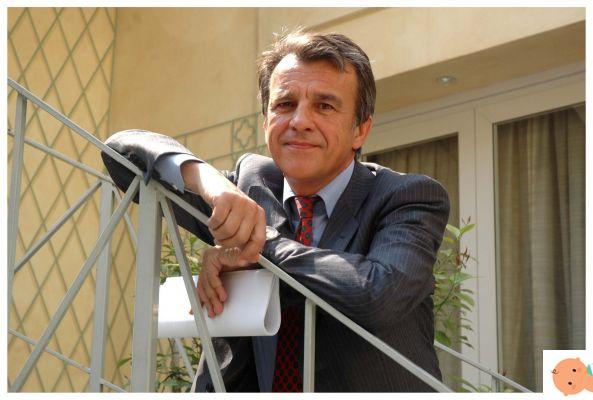 Names are first of all a sound. A sound that can be more or less pleasing to the speaker. But for the sake of the baby, he must above all be liked by his mom. So it's up to you to choose her, without interference.

The psychiatrist, doctor and writer Raffaele Morelli, live by telephone with RTL 102.5 radio, was decidedly tranchant about how to choose the name for the child.

"A few days ago a woman who is pregnant was talking to me about the debate she has in her family with her husband and grandparents about the name to give to the child" Morelli told live. I told her: "Mothers must choose names, never fathers! Never call children like grandparents because every time the mother calls him, if the sound is pleasing to the mother, a tact is created, because the sound is a touch that touches the ears then touches the ancient part of the brain ".

So when a mother calls her son and calls him with a name she likes "it emits a sound vibration that enters the affectivity of the child, who then feels called, recognized" concludes Morelli. For this reason "names must always be chosen by mothers, never dads, never grandparents. We are first of all a sound." Listen to Morelli's talk on RTL 102.5 on the sound of names

Do you know what are the most common names in Del Paese? On the podium are Francesco, Alessandro and Andrea. For females Sofia, Giulia and Aurora.

Find out which are considered the ugliest names in the world reported on reddit.com

The ugliest baby names in the world

Choosing a name for your child is not easy, but sometimes it happens to hear names so ridiculous that one wonders how parents did not think that for their children, a ...

What are the baby princes called instead?

Royal Baby names, that's why little princes are called that

Charlotte, George, Pablo, Eléonore, Sofía. The name of a prince almost always has a symbolic meaning, and is hardly chosen "at random", ...

Are you looking for a trendy foreign name? Here is a list of 50 names

You still don't know what to call your puppy but would you like a name that doesn't go unnoticed? Take a cue from this list of slightly bizarre foreign names.

If you like short names, instead discover the 40 considered more chic

Ada, Emma, ​​Mia, or Leo, Ennio, Zeno ... Short names have a simple but elegant sound. Here are some of the most beautiful, for boys and girls.

TAG:
Uterine bites: what they are and how they are treated ❯

add a comment of Morelli: ONLY the mother must choose the name of the child