Morning sickness and vomiting? Your baby is in great shape 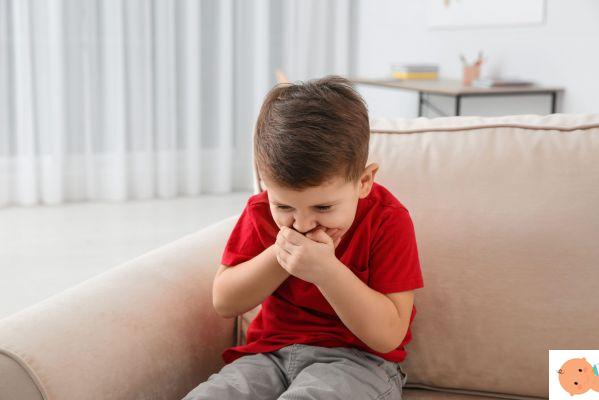 Does morning sickness and vomiting make the first few months of your pregnancy a little difficult? Do you think these annoying symptoms could have a positive implication on the child you are about to bring into the world and you will already feel better. To say it is a 'survey conducted by doctors from the Hospital for Sick Children of the University of Toronto, which summarizes studies carried out in five different countries on a total of 850 pregnant women.

According to research, the malaise that accompanies gestation and that affects 85% of pregnant women especially in the first 3-4 months and that for some lasts up to the sixth, would guarantee a less exposure of the fetus to malformations and growth problems and would reduce, Furthermore, the risk of miscarriage.


"In particular, we observed that women over 35 years of age, the most exposed to abortion, seem to benefit most when they have these problems in the morning," explain the researchers. Nausea and vomiting appear to reduce the risk of the baby having low weight and length at birth and of pre-term births (6,4% versus 9,5% of women without problems). Furthermore, the risk of birth defects is reduced by 30%.

To corroborate the conclusions of this particular research, is a study carried out by Cornell-University of New York according to which nausea is a trick of nature to protect the unborn child from substances that could endanger their health. Not surprisingly, especially in the first months of gestation, most women do not like alcohol, nicotine and coffee and many also refuse meat, eggs, poultry and fish. In the first case they are stimulating and exciting substances dangerous for the neurological development of the fetus; in the second, instead, of foods that may contain bacteria that the immune system is unable to eradicate.

TAG:
Moles and children: when to check for these skin spots ❯

add a comment of Morning sickness and vomiting? Your baby is in great shape