Music for babies: why it's good for you, how to listen to it and which songs to prefer 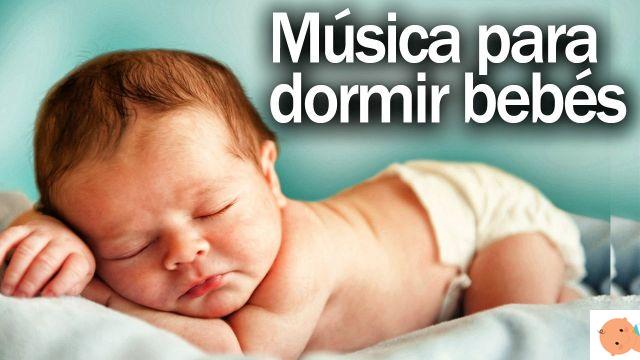 Listening to music in infants helps to develop their intelligence, but above all the attitude, the propensity towards music itself, as well as representing a special moment of sharing with mom and dad. Andrea Apostoli, musician, author and trainer, president of Aigam - Association Del Paesena Gordon for music learning, as well as first Del Paeseno pupil of Edwin gordon, the greatest musical expert for early childhood, advises the best way to share listening to music with the child (in his book "Ma che musica!" there are excerpts and suggestions).

Music for babies: because it's good for you

Is listening to music good for babies? «It does very well - assures Apostoli - because develops their aptitude for music. There are those who argue that it also develops intelligence, and it is certainly true because the human brain is never so actively and globally involved as when listening to music, but Gordon often said that it is much better to think about beauty and all importance of music itself, a language fundamental for emotional development ".

Read also: Music and children, 10 tips for parents to start their children

Il volume it is very important to respect the child's hearing: «It may happen that when you access the music the child gets scared, but it is only the first impact that could possibly be a bit complicated. Let's observe it, and together with it decide the right volume ».

When to listen to music with the newborn?

"For what concern best moment, listen to music at the will be help children relax, it is a good thing to accompany them to sleep. However, we try not to limit listening to this function: during the day we can listen to music at any time, without excluding even the lively songs. Let's follow their rhythms and leave them move alone, let's not make them move us artificially. It's okay to take the baby in your arms and dance, or leave him lying down: he will be the one to explore the movement ».

Music for babies: which one to choose

What is the purpose? The relationship

«It is important to remember that the newborn is small only in size, but as regards learning and the ability to assimilate different languages ​​he is a person bigger than us - Apostoli recalls -. So it's a shame to simplify the music for him: it's okay to listen to and sing songs that are part of a cultural heritage of the cultural tradition, but let's remember that the newborn can listen to anything.

The important thing is the report: if the mother can't stand Mozart, this is what comes to the child, that is, his boredom. If mom and dad listen to music that moves them, involves them or amuses them, the child hears it.

This is the criterion with which to choose, giving priority

Also listening to the silence: we often stimulate children too much and we lose that deep look they have in front of something that strikes them. Let us give him time to savor, to assimilate, we also live there suspension».

What are the most suitable genres?

“As far as genres are concerned, it is certainly excellent

The commercial one that passes on the radio is not very useful, first of all because it is listened to everywhere, and secondly because it offers little variety ».

«It is difficult to draw up a list of classical music for babies: I would listen to it all without preclusions - emphasizes Apostoli -.

but this does not mean that they cannot be listened to quietly too Creek o Beethoven: nothing is too complex ".

add a comment of Music for babies: why it's good for you, how to listen to it and which songs to prefer